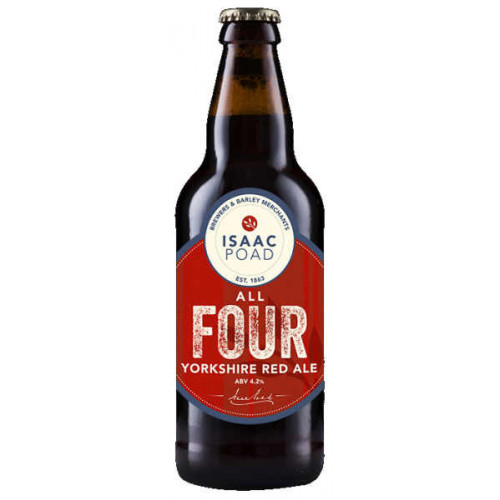 Share
Reviews Rating
(0)
Product Information
Country:
Producer:
Style:
Sub Style:
Container:
ABV:
Isaac Poad is a brewers and barley merchants in York. They have been at the forefront of British Agriculture since 1863. They only use British malt and English hops, the barley used is grown on farms that have been doing so for generations and is malted locally by a maltings they have supplied consistently since 1863. All Four is Isaac Poad’s taken on an Irish red ale with the core ingredients being the four main grains traded by their merchanting business: barley, wheat, oats and rye. Biscuit flavours sit alongside hints of caramel and burnt toffee, whilst the rye malt adds another dimension to this beer.
Ingredients/Allergens
(Allergens will be in Bold)
Malted Barley, Wheat, Oats & Rye, Hops, Yeast, Water