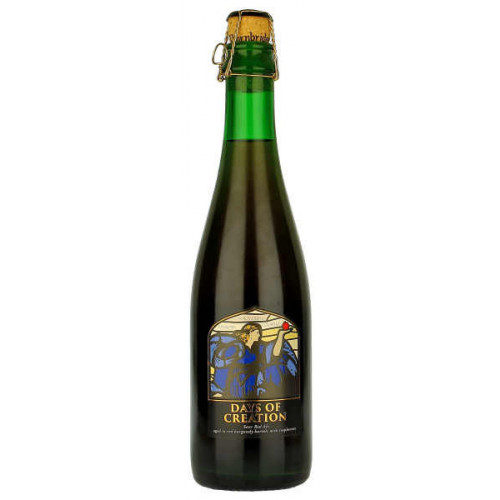 Share
Reviews Rating
(0)
Product Information
Country:
Producer:
Style:
Sub Style:
Container:
ABV:
Bottle Size:
Thornbridge Days of Creation is the second iteration of a project that the brewery has been working on for a few years.

Days of creation is a perfectly balanced, complex and mature sour ale which won silver in the World Beer Cup Awards 2016. Rich fruit aroma and flavours compliment the beers sharp sourness which subsides, allowing malt and yeast character to come through. Lively, dry and thirst quenching,

Thornbridge wanted to create a modern sour ale, aged in barrels, that had the same complexity and depth of flavour that some of their favourite sours from the USA offered.Brewed with a Belgian yeast strain, the beer was aged in burgundy barrels with raspberries for well over a year. The addition of Brettanomyces, Pediococcus and Lactobacillus cultures at set points allowed the beer to be aged gradually over many months, adding layers of flavour that can only develop in time.