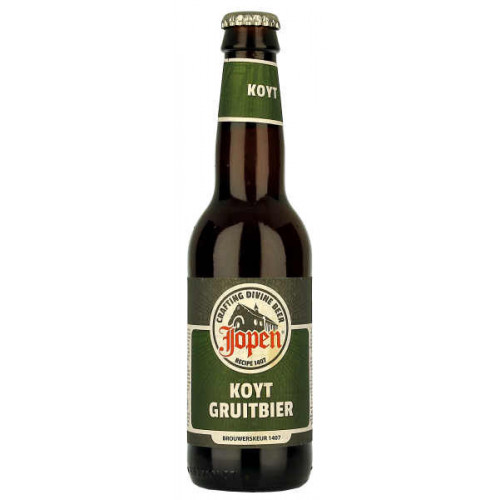 Share
Reviews Rating
(0)
Product Information
Country:
Producer:
Style:
Sub Style:
Container:
ABV:
Bottle Size:
Koyt is the old Dutch name for ‘gruit’ (mulled) beer. Koyt is a heavy variant of gruit/mulled beer of a mellow, spicy character, especially in its aroma and aftertaste. Sweet gale is the most characteristic of the spices used in the gruit (mull) mixture/ ingredients for Koyt. Crafting with the darker malts gives this beer, with an alcohol content of 8.5%, its reddish-brown hue, and a hearty, full-bodied taste. When savouring the interaction between the flavours of the three grains and the characteristic spices, Koyt is sheer delight to the palate. Beer connoisseurs complement Koyt for its rich taste and aroma.

Battles were fought over this beer in medieval times. The beer uprising in Leeuwarden, that led to the union of Friesland and Holland, was caused by Leeuwarden ordering that its own brew be sold and not the Koyt from Haarlem.