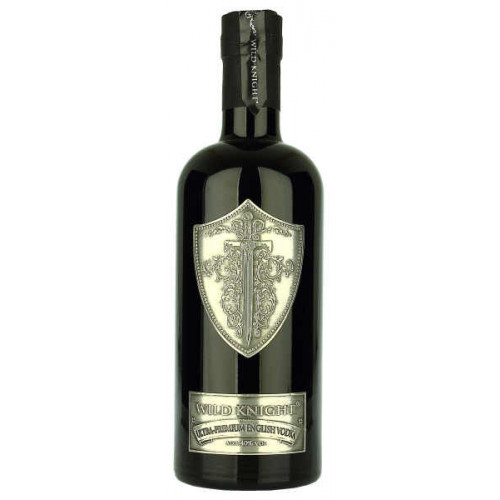 Wild Knight English Vodka was first conceived back in 2010, when Matt Brown, co-founder of Wild Knight Distillery, visited Mongolia to be best man at his brother’s wedding. Much Mongolian vodka was consumed and this led Matt to consider creating an English vodka to rival that enjoyed in Mongolia. Fast forward 10 years and Wild Knight has just been awarded Gold at The World Vodka Awards for the Best British Varietal Vodka.

With East Anglian barley as its base, Wild Knight is single distilled, enabling the flavour and aroma of the barley to be retained. Due to this flavour/aroma retention, Wild Knight is classed as varietal vodka, which has not been stripped of precious flavour or aroma.

The recipe for Wild Knight is pure and simple: East Anglian barley, yeast and water and nothing else. A single distillation is all that’s needed to create the finest English sipping vodka available.

Wild Knight Vodka is gluten-free and suitable for vegans.