The Stoned Crow Virtual Pub is Back… The World’s Largest Virtual Pub!

Simon and his wife Mel will be chatting and celebrating in the usual Simon style, cracking open a box of beers, compliments from Beers of Europe.  A few breweries will also be joining the party online and will be available for beer questions!

20p on each bottle is donated to the East Anglian Air Ambulance who exist to save lives. They deliver critical care to seriously ill or injured people and are a life-saving charity, which is kept airborne by their incredible supporters, at the moment they are trying to raise funds for PPE. David from the Norfolk Brewhouse will be joining the party.

Calvors Brewery, Suffolk - Dunkel Lager (4.5% ABV) - A ‘new in’ beer with Beers of Europe being the first ones to be stocked in the UK. A sumptuous blend of roasted malts and gentle hops, suggestive of toffee, coffee and chocolate. Adam will be joining us from Calvors Brewery.

Gorgeous Brewery, London, -  Grizzly Amber Ale (4.6% ABV) Red Ale - American Amber / Red - Citrus and pine notes with a hint of spice. fruity and floral aromas. slightly bitter finish. Gorgeous Brewery is an independent, family-run craft brewery in the heart of Highgate, London. Founded by brother sister duo, Rob and Sam Laub the brewery is focused on creating an eclectic, deliciously drinkable range with an emphasis on handcrafted quality - Sam will be joining us from Gorgeous Brewery.

Porterhouse:
Stay at Home Isolation IPA (4.6% ABV) is an easy drinking beer bursting with juicy flavours which include watermelon, orange peel, white grape and citrus.  Using hops such as El-Drado, Magnum, Eukanot and Enigma which gives it that juicy IPA aroma and flavour profile.

Porterhouse decided to release Stay At Home Isolation IPA to show their support to front line medical staff and all profits from the sales will be donated to ‘Feed The Heroes’ who support front line workers by ensuring they get nutritious meals as they work longer shifts and have little time or facilities to prepare food. 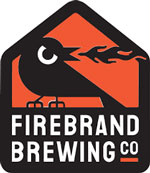 Firebrand Helles (4.4% ABV) Fresh, crisp, clean and refreshing, Firebrand Hells Beach lager uses Cascade hops for a subtle citrus flavour perfect for drinking at the beach or on your couch!

Brewed with a combination of  modern and traditional techniques, the Cascade hops and a long lagering in the tank produce a delicious zesty flavour. Fragrant and aromatic, Firebrand Brewery use all-natural ingredients for great depth and drinkability. Ben from Firebrand will be joining Friday night. 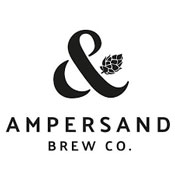 Ampersand UIPA (2.9% ABV) - Ampersand is a small brewery based in South Norfolk brewing seasonal beers that best showcase the ingredients and our skills as a modern progressive brewery.  Their philosophy is simple, produce the beer they want to drink to the best standard possible.

µIPA is a micro IPA, packed with big IPA levels of late and dry hops to punch above its weight.  A careful blend of malts and Vermont yeast makes this pale ale taste fuller than the abv suggests and provides a good backbone for the punchy hops.  Ampersand are yet to confirm who will be joining us for the party!

Innis and Gunn Frank and Sense (5.8% ABV) - Three wise guys from Innis and Gunn : Ken, Dougal and Fergus, came together to brew a festive beer with a difference. Arms ladled with Gold, Frankincense and Myrrh, they began their experimenting and with a little guidance from the big guy, Frank & Sense was born.  This is a golden ale with a malt character packed full of lovely hope.  This Celestial brew has been elevated to a different plain by the addition of three of the oldest ingredients in the book. Innis and Gunn have yet to confirm if they will be joining us on Friday night. 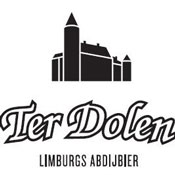 Ter Dolen Kriek (4.5% ABV) - Ter Dolen Kriek is an unfiltered and top fermented beer. It is brewed with sour cherry juice, two varieties of hops and one variety of malt and wheat. A sweet, fruit beer finishingwith spicy notes, including coriander and orange peel. Unfortunately due to it’s popularity this beer is sold out in a few days, but we are expecting more stock within the next couple of weeks.