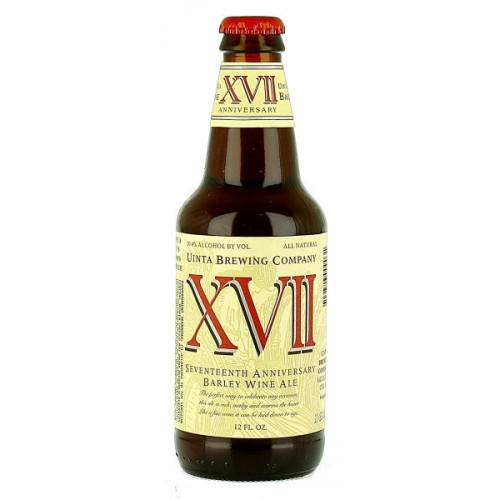 Share
Reviews Rating
(0)
Product Information
Country:
Producer:
Style:
Sub Style:
Container:
ABV:
Bottle Size:
First brewed in small batches annually to commemorate Uinta’s anniversary, this soul-warming brew is now available year-round. (Uinta’s anniversary is observed and noted by the change of the roman numeral on the label.) Uinta’s award winning barley wine has a dark amber hue with a rich malty character. Serious amounts of hops are used to balance its hardy alcohol content of over 10% ABV. Originating in England in the nineteenth century, barley wines are brewed with the same traditional ingredients as beer: water, malted barley, hops and yeast. There are no grapes or fruit used in the brewing process. The name “barley wine” refers to its alcohol content being similar to that of most wines, ranging from 8.5% to 14% ABV. Unlike most beers, barley wines age remarkably well. If you have the will power, set an Anniversary Barley Wine aside for a year or more.

This beer has been imported as a one off special and due to very small quantities, once they are gone they are gone and are unlikely to be available again.