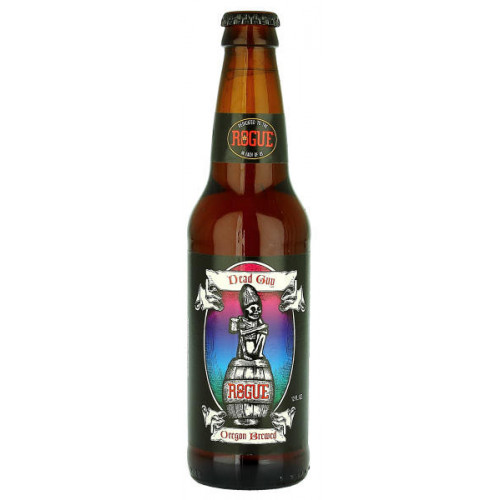 Share
Reviews Rating
(0)
Product Information
Country:
Producer:
Style:
Sub Style:
Container:
ABV:
Bottle Size:
Dead Guy is a German-style Maibock made with Rogue’s proprietary "PacMan" ale yeast. It is deep honey in colour with a malty aroma, rich hearty flavour and a well balanced finish. Dead Guy is created from Northwest Harrington, Klages, Maier Munich and Carastan malts, along with Perle and Saaz Hops. In the early 1990s Dead Guy Ale was created as a private tap sticker to celebrate the Mayan Day of the Dead (November 1st, All Souls Day) for Casa U Betcha in Portland, Oregon. The Dead Guy design proved popular and was incorporated into a bottled product a few years later with MaierBock as the elixir.

This beer has been imported as a one off special and due to very small quantities, once they are gone they are gone and are unlikely to be available again.