Madeira may be more famous for its fortified wine than for its beer, but Madeiran beer is definitely worth mentioning. The island’s main brewery creates a range of highly drinkable beers and it’s started to get wider recognition for the unique taste of its core brand, Coral, with locals and travellers alike wanting to come back for more.

The Madeira Brewery
The Madeira Brewery was established in 1872 and has grown to become the largest drinks producer and distributor on the island. It offers both alcoholic and non-alcoholic beverages, but of course, with us it’s all about the beer. And it doesn’t get better than Coral. Coral Lager was first introduced in 1969, the same year Coral Tonic (or stout) first came into being, giving a couple of clearly distinguishable options to tempt natives that wanted a taste of local Madeiran beer. Coral is manufactured from the finest ingredients using carefully controlled production techniques, with everything working together to create a beer that’s infinitely satisfying with a distinctive Madeiran flavour.

A new age for Madeiran beer?
The Madeira Brewery may be the only commercial establishment on the island, but brewpubs and micro-brewing are on the rise as well. Although such beers aren’t currently available outside of the isle itself, the capital’s brewpub is highly regarded and is known for its exceptional rye beer with its well-rounded flavour and adherence to the Bavarian purity law. Time will tell if micro-brewing takes hold on the island, but in the meantime, why not try the taste of Madeiran beer for yourself? Here at Beers of Europe we pride ourselves on being able to source the best beers the world has to offer and we’re particularly proud we’ve been able to source these little-known gems, so add them to your basket and see what makes Madeiran beer so special. 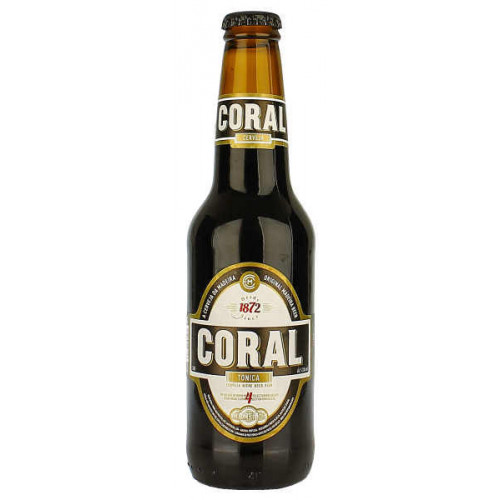