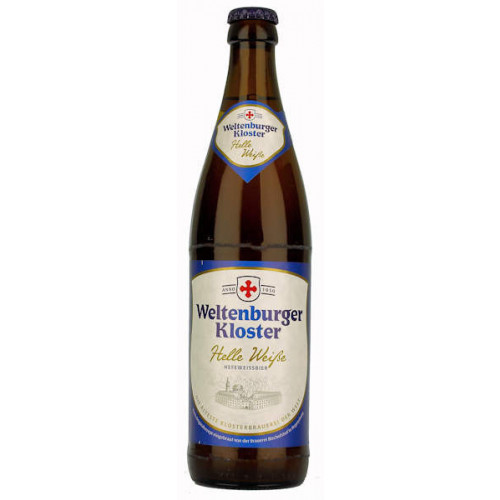 Share
Reviews Rating
(9)
Product Information
Country:
Producer:
Style:
Sub Style:
Container:
ABV:
Bottle Size:
Weltenburger Kloster is the second oldest brewery in the world, formed in 1050, losing out to Weihenstephaner by a single decade and has continuously produced top quality beer since, apart from 1803-1858 when the Benedictine monastery was dissolved during the Napoleonic period. Weltenburger Kloster currently brew several styles including pils, bocks and, of course, weiss biers.
It appears yellow-brown in colour, with a malt aroma and a tangy, yeasty taste that is well balanced between its fruity notes flavour and light, natural carbonation. It uses fine barley malt, hops and clear spring water to inject quality at all stages of the brewing process, from the first harvest in Germany through to pouring yourself a chilled glass at home after a hard day’s work.