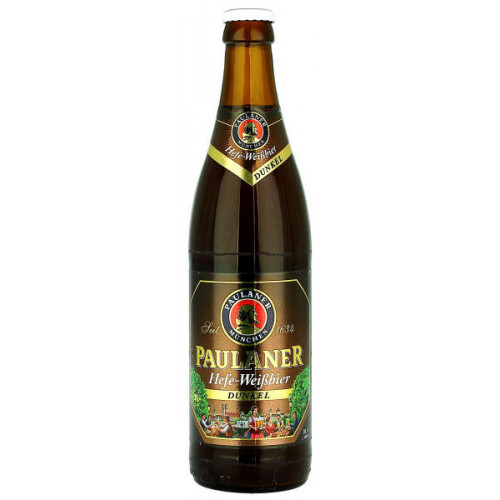 Share
Reviews Rating
(4)
Product Information
Country:
Producer:
Style:
Sub Style:
Container:
ABV:
Bottle Size:
The first official record of Paulaner is not your traditional story about its rise to grace but instead is a letter, more specifically a complaint to the Munich town council in 1634.Paulaner did not start off life as a brewery but as a way of life, helping Monks at the ‘Neudeck ob deb Au Monastery’ get through their period of Lent.The beer that they brewed went straight to the poor of the city of the monasteries tavern.The breweries in the area were complaining about Paulaner supplying free beer to the local citizens, therefore putting dents in private breweries profits. An instantly recognisable brand and a loyal following ensures its position as a big six brewer in Munich and with the largest brewery of the six at that.

The main difference between the Dunkel and the flagship Hefeweiss are the malts used in the brewing process. It has a much higher malt content and it uses dark malts to offer an immersive experience. It has a thick head and on the nose; light chocolate, cocoa and exotic fruit are all present with the darker malts on display in the muscular aroma. It is unfiltered, nutty and strong with caramel notes, all whilst being smooth to taste.The chestnut brown colour is as complex as the taste and it has an ideal serving temperature of 7 degrees celsius as well as being a natural source of vitamins and minerals. It can be paired wonderfully with full-flavoured or richer dishes such as strong game, mature cheese or just perfectly on its own.