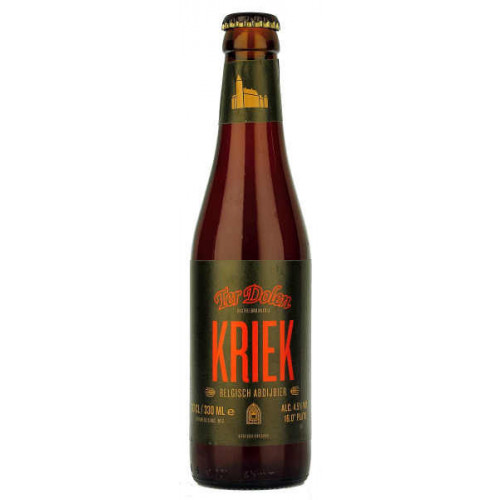 Share
Reviews Rating
(11)
Product Information
Country:
Producer:
Style:
Sub Style:
Container:
ABV:
Bottle Size:
The Ter Dolen brewery is located within the castle, Ter Dolen (The Dool) in Helchteren. The present castle dates back to the 16th century but the history dates further back, with the first entry being in 1282.The brewery was installed in the medieval castle front buildings in 1994.In 2008, Ter Dolen’s Blond, Dark, Tripel and Kriek became the first Limburg beers to be labelled as “Recognised Belgian Abbey Beer”.

Ter Dolen Kriek is an unfiltered and top fermented beer. It is brewed with sour cherry juice, two varieties of hops and one variety of malt and wheat. A sweet, fruit beer finishingwith spicy notes, including coriander and orange peel.
Ingredients/Allergens
(Allergens will be in Bold)
Water, Barley Malt(Gluten), Wheat(Gluten), Oats(Gluten), Cherry Juice, Sucrose, Hops and Herbs