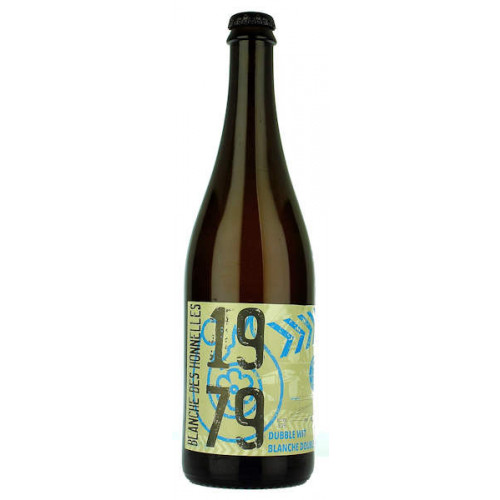 Share
Reviews Rating
(0)
Product Information
Country:
Producer:
Style:
Sub Style:
Container:
ABV:
Bottle Size:
Blanche des Honnelles (1991) was originally very localised, and has since expanded beyond the boundries of the greater and lesser Honnelle rivers, from which it takes it's name. The Blanche des Honnelles leaves the beaten path somewhat. It has an amber colour which is after all the traditional appearance of the Blanches. It is also stronger (6%) than the Blanches that we know. Its taste is surprising and is not comparable to the brews with the same name that are now on the market. If the bouquet is subdued its first flavour is a stark dry sharpness against a pepper background. There is no acidity in this Blanche that is made with three cereals (barley, wheat, oats). It has a stimulating taste, leaving a subdued but refreshing final impression. Lots of character and curious.
Ingredients/Allergens
(Allergens will be in Bold)
Water, Malted Barley, Wheat, Oats, Hops, Spices and Yeast