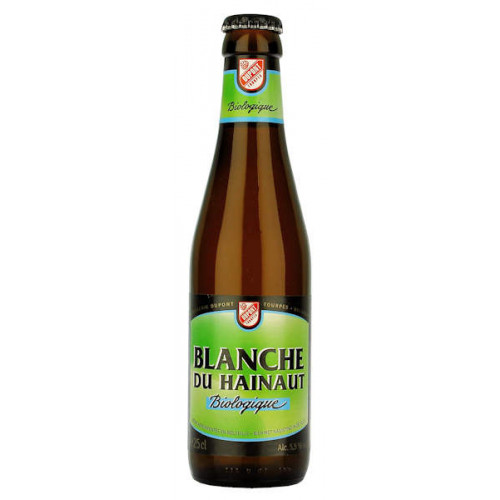 The mixture for this beer, organic barley and wheat malt was created in 1999.Organic hop, organic coriander and organic orange peel are added to the wort while boiling. Blanche du Hainaut biologique is a light beer, mellow with a touch of bitterness but also very refreshing due to the fine balance between its acidity and the touch of coriander and orange.

Production of this beer is being controlled by Certisys and it has the label Biogarantie.
Ingredients/Allergens
(Allergens will be in Bold)
Water, Barley Malt, Wheat, Wheat Syrup, Hops, Coriander, Orange Peel, Lactic Acid and Yeast