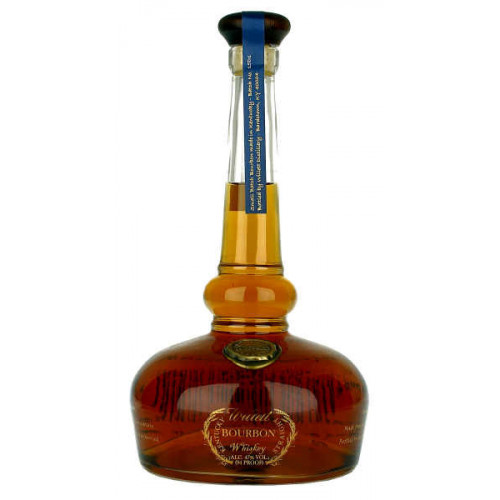 Share
Reviews Rating
(0)
Product Information
Country:
Producer:
Style:
ABV:
Bottle Size:
The Willett family distillers brought their distilling knowledge with them from England to the American colonies in the early 1600’s. Before coming to the colonies, they had utilised their knowledge and practiced their talents for many years. They distilled brandy in France, where the family originated. Even today, this is evidenced by “Square Willette” at the foot of Montmarte in Paris.

Finally, in Bardstown, Nelson County, Kentucky – the “Bourbon Centre” of the world – the Willett family distillers became involved with developing several of the most famous bourbon distilleries of the area and, the early 1900’s decided to build their family owned and operated distillery.

The distillery, they named “The Willett Distilling Company” in 1935, which has been operated by several generations of Willett family distillers since its very beginning, is today the home of “Kentucky Bourbon Distillers Ltd”, still headed by a member of the same family as its originators.