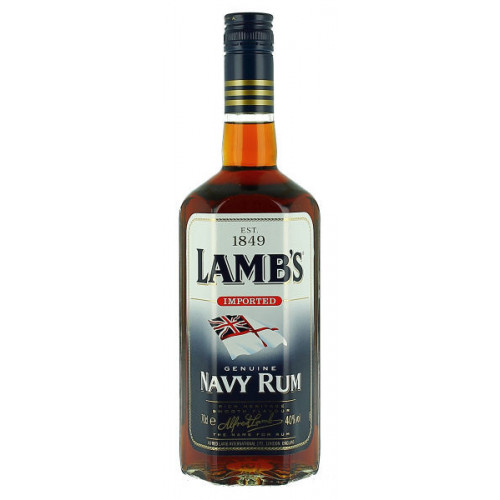 Share
Reviews Rating
(0)
Product Information
Country:
Producer:
Style:
Sub Style:
ABV:
Bottle Size:
Alfred Lamb is one of the greatest names in the history of rum. He was born in 1827, the son of William Lamb, a wine and spirits entrepreneur. At age 22, young Alfred opened his famous wine and spirits business in London, using his cellars under the River Thames to produce this traditional dark rum blend. His method of cask ageing his rum is said to be one of the secrets behind the Lamb’s Navy smooth taste.

The ‘Navy Rum’ moniker was bestowed on Alfred’s prized spirit was it was adopted as the drink of choice by the British Navy and was distributed in rum rations to all aboard Her Majesty’s Royal Navy fleet.

Today, Lamb’s Navy Rum is still made to the same exacting standards Alfred Lamb insisted on in 1849, creating a premium quality rum with a smooth, clean and distinctive taste. By blending fine rums created from the highest quality Caribbean sugar cane, the Lamb’s Navy Rum blend delivers a complex yet smooth taste.