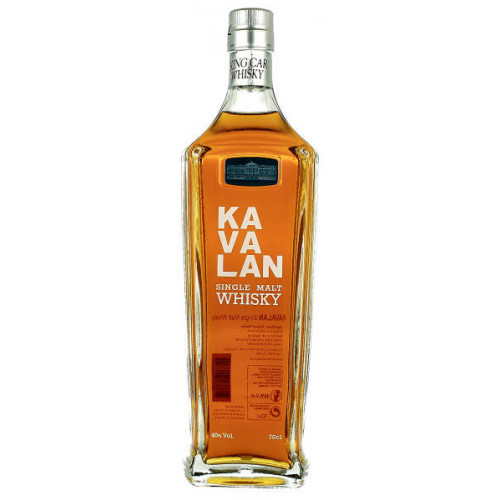 Share
Reviews Rating
(0)
Product Information
Country:
Producer:
Style:
ABV:
Bottle Size:
Located in Yilan County, Taiwan, King Car distillery only opened its doors in 2005. Despite its young age, it is proving to be a real hit with their full flavoured whiskey, taking inspiration from the tropical fruit flavours that local ingredients offer. The Kavalan Single Malt is the flagship whisky from the distillery and is named after the indigenous people who inhabited the North Eastern corner of Taiwan. Due to the humid, sub-tropical temperatures on the island, the whiskey ages quicker, adding unexpected maturity to balanced its lively flavours.

Winning a Gold Medal in the 2011 International Wine and Spirits Competition, this whiskey has a chocolate toffee fragrance which increases in strength on the nose, with hints of vanilla and mango. A bitter flavour with the addition of basil as well as toffee, which lead into nutty and oak notes. The finish is that of vanilla and pear, which make this a uniquely mature whiskey for its age but with all the life and character of an un-aged whisky. This should be on everyone’s to-try list.