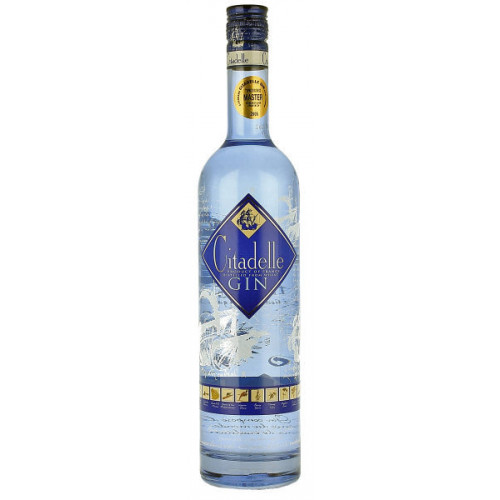 Share
Reviews Rating
(0)
Product Information
Country:
Producer:
Style:
Sub Style:
ABV:
Bottle Size:
Citadelle Gin was first created in a distillery in Dunkirk in 1771. Due to the location of Dunkirk, it was one of the first ports that ships would arrive at when returning from exploring the Orient. These ships would usually be carrying exotic herbs and spices which the distillery would have access to. These spices would come from a range of countries including coriander from Morocco, orange peel from Mexico, cardamom from India.

This French gin is the only gin on the planet that uses 19 different botanicals which are the same botanicals that were used in the original recipe. The recipe itself is a well-guarded secret with it only being known by the master distiller however one thing we do know is that only the very best spices are used.

The use of these 19 different botanicals, combined with changes and improvements made to the distilling process, makes Citadelle Gin a well-balanced gin with a unique and intricate flavour.

The distilling process consists of the gin being triple distilled using wheat and spring water which is followed by the botanical being selected, put in a bag and soaked in neutral alcohol. This mix is then distilled allowing the gin to break up each botanical allowing the flavours to grow individually.

The aroma is simple with herbal tones and a hint of berry and juniper. From the first sip the flavour is crisp and clean with hints of citrus and juniper and is followed by a long lasting, zesty finish.