Reuben’s Brews all started with the birth of a child and a home brew beer kit.  From a passionate hobby to a family run brewery, Reuben’s have been crafting nationally and internationally recognised, award winning beers with awards including the Great American Beer Festival and the World Beer Cup.
Located in Seattle, Washington, the taproom is open daily with a rotation of food trucks.  Every Thursday, $1 per pint is donated to their designated charity of the week, a program which has raised over $50,000 to date. 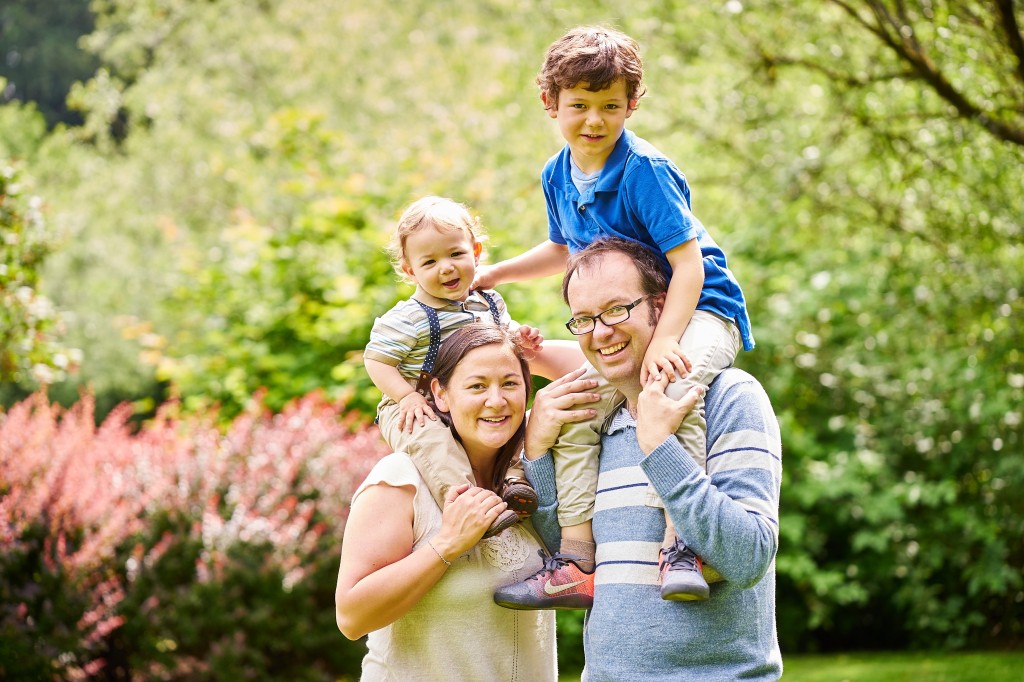 Who are you and what do you do?   We are Adam and Grace, partners in beer, business, parenting and life in general. Together we founded Reuben’s Brews in 2012. Adam is the Head Brewer, so as he designs all of the recipes and runs the brewing side of things and Grace looks after the sales and business operations. Together we wrangle our children, Reuben and Warren.

What was the inspiration for starting the brewery?   Shortly after his birth, Reuben (and Grace) gifted Adam his first homebrewing kit. Little did they know this hobby would turn to full-on obsession!
We started out by crafting beers we wanted to drink, starting with an example of a style that we really liked but modifying it to suit Adam’s ridiculous palate. Then we started geeking out on beers, researching and bringing back styles that we couldn’t find even in our specialty beer stores. We poured our homebrew at a commercial beer festival in 2010 and we won the people’s choice award!
People started emailing us and asking where they could get our beer and we would sheepishly admit that we were just brewing in our garage! We thought it would be good fun to keep pouring at festivals a few times a year, but after our first festival they stopped allowing homebrewers, so we started to consider doing this more seriously. After becoming one of the most decorated homebrewers in our area and earning recognition at the largest national homebrew competition, we decided to take the plunge and open a brewery. In honour of the little man who got us started on this journey, we named the brewery after our firstborn son and so Reuben’s Brews was born.

Are there any other breweries which have influenced you?   In all honesty we have drawn a bit of inspiration from nearly every brewery we have visited, every beer we’ve imbibed. We’ve been fortunate to take part in many exciting collaborations with some great breweries. We brewed a traditional brown porter with Windsor & Eton Brewery, a UK brewery located a stone’s throw from Adam’s secondary school. We brewed an India Pale Lager with Bale Breaker in Yakima, WA and got to see what it feels like to have a brewery literally in the middle of the hop fields.
We are working with Fort George and Great Notion, two Oregon breweries, on this year’s 3-Way IPA, and we will join the ranks of the many great breweries that have been a part of this annual collaboration. We will soon release a collaboration beer, the r&R Pils, with our Seattle friend and neighbour, Rainier Brewing (founded 1878) – the big R to our little r, old school meets new school. We have some other collaborations in the works as well! The beer world is pretty darn exciting these days and we’re just happy to be a part of it! 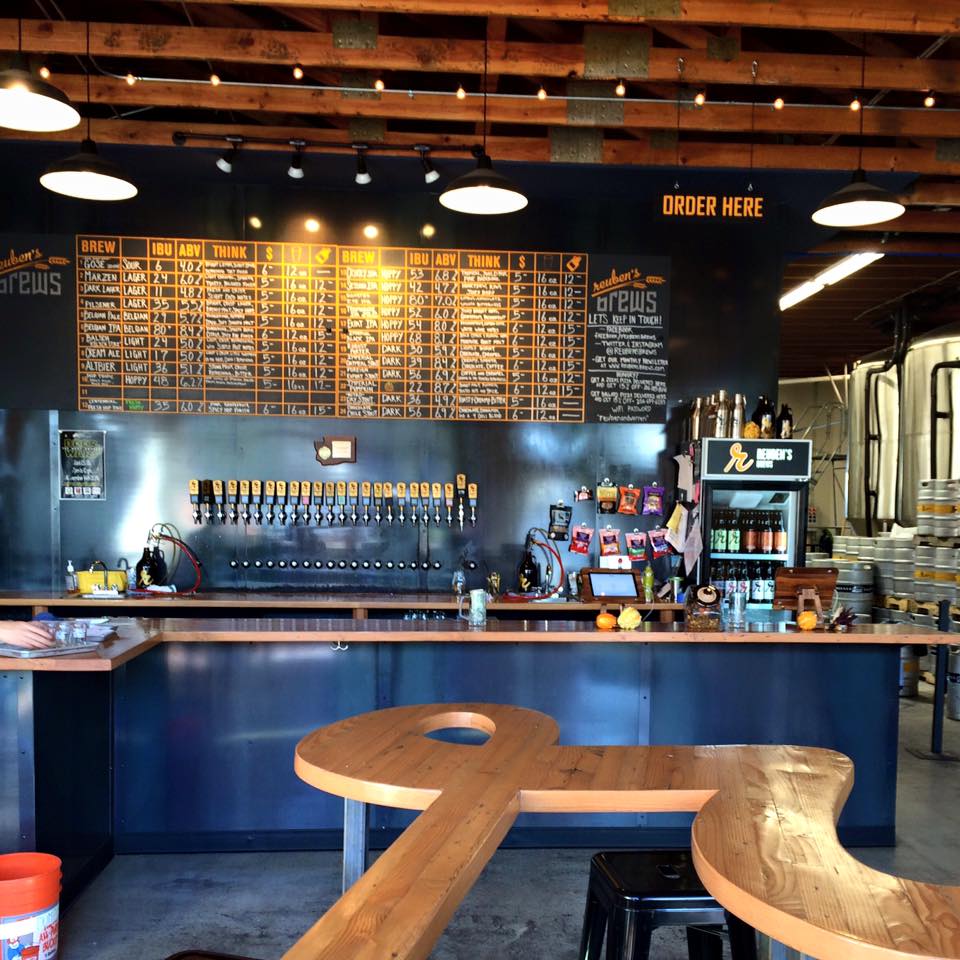 Out of all the beers you brew, which is your favourite? Why is that?   That question is exactly like asking which of our kids is our favourite! (Despite having a brewery named after one of our children, that does NOT imply that he’s our favourite!) We have brewed over 100 different styles of beer and we love them all, obviously! At any particular moment you can find us drinking the beer that matches our mood, the weather, the star alignment, etc. We believe it’s important to have a variety of beers so that even the “non-beer people” can find something they love and enjoy, while offering true-to-style versions of a wide variety of beers. We have 25 of our beers on tap at any time, so there’s always something tasty to drink!

What can we expect from Reubens in the coming months?   We have had an unbelievable journey since we opened in 2012! We have expanded three times and increased our beer production 7-fold. We recently signed a lease on our fourth location and we are excited to be able to develop a sour program in a way that makes us comfortable we won’t contaminate our main brewing spaces with those crazy critters! Our upcoming sour program will round out our barrel-aged program and our main brewing program to ensure that we have a solid portfolio of beers.

What do you think makes a great beer?   This probably sounds obvious, but we believe the beer comes first! We grew tired of going to breweries and feeling like all of the beers they offered were basically the same beer but with slightly different colours, likely because it made production easier to have the basic malt and yeast in each beer. We start with our idea of what we’d love to have in the glass – whether it’s brewed to a specific style or is purely experimental – and then work backwards to make sure that beer is what we want it to be. We make sure that everything from the water treatment, the complex malt bill, the individually selected hops, the dry hopping schedule, etc. is done in order to craft the most delicious beer we can make. We don’t constrain ourselves with production limitations and we have been deliberate in making sure we don’t get locked into having one main base malt in a silo and one house yeast strain. We brew unconstrained in order to make the beer what it deserves to be and we think that’s what makes any beer great. 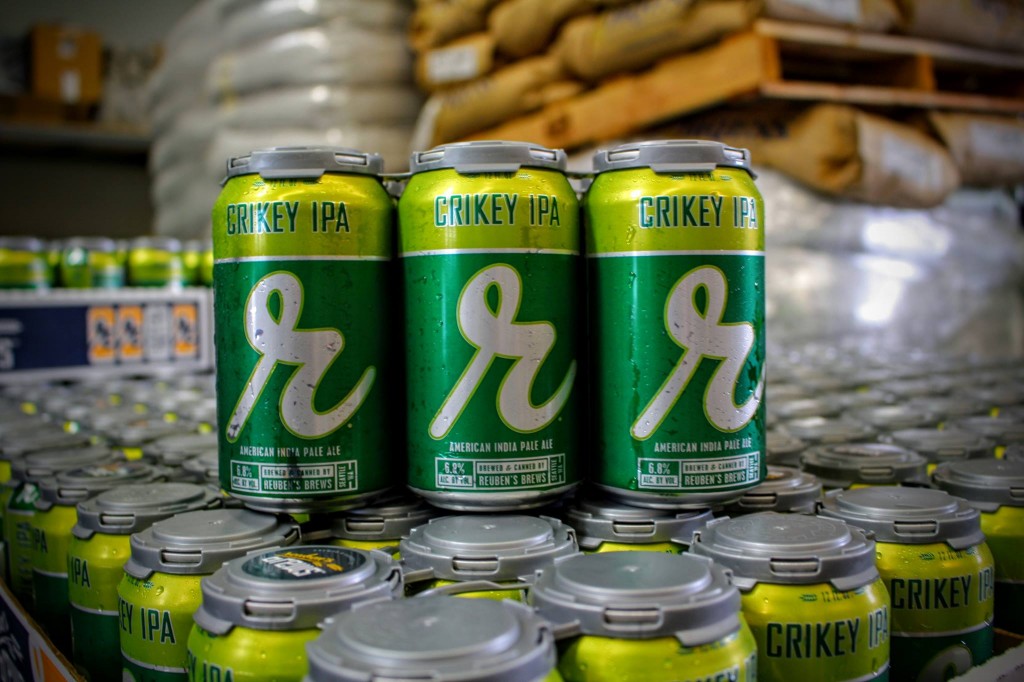 What is the silliest thing you’ve done whilst drunk?   Well, we met each other one drunken night in a karaoke bar. Although we couldn’t imagine it any other way now, it was pretty silly to embark on a long-distance relationship after meeting each other in a random bar one night. But here we are 11 years, 1 marriage, 2 kids and 1 brewery later!

Thank you to Adam and Grace for chatting to us.