Is Beer Good For You?

Is beer good for you? Here's an honest answer

Most of us at some point over the weekend will enjoy a cold, refreshing beer with friends. Beer is an excellent thirst quencher thanks to its high water content, and let's face it - it's also very tasty. But is it good for you? And what are the benefits of drinking beer? The answers may not be as straightforward as you think. Read on to find out whether beer is in fact good for your health...

Yes, beer is good for you, say these scientists... 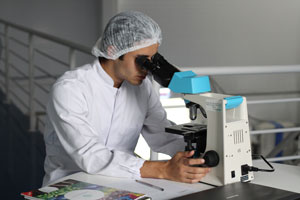 First let's take a quick moment to remind ourselves what beer is made from: grain, hops, water and yeast. These are all natural ingredients that come from Mother Nature, so it's only logical to suppose that the beer we buy from the supermarket might also carry some health benefits. Producing beer does involve a certain amount of processing and heating, so the key is to understand whether the final product contains beneficial nutrients. We have to also consider that beer contains alcohol, which might also offset any health boosting ingredients. But what do the experts have to say on this matter? Let’s find out…

The hops in beer come from the hop plant, which gives your brew its bitter, tangy taste. These little plants are actually full of chemicals called bitter acids, which as it turns out are excellent at fighting off inflammation. A 2013 study by the Japanese beer manufacturer Sapporo found that one type of bitter acid, known as humulone, has some potent benefits when it comes to preventing and treating viral respiratory infections. A great excuse to use if you're ever spotted at the pub by a colleague who knows you called in sick that day. 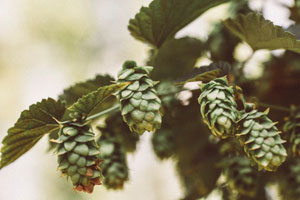 Is beer good for digestion? It seems so...

The same bitter acids are also thought to be brilliant for helping digestion, and here's why: they trigger the release of gastric acid from stomach cells, which your digestive system needs to break down food, and which also controls the growth of harmful gut bacteria. This is according to a study published in the 2012 Journal of Agricultural and Food Chemistry that studied five types of German and Austrian beer. We just knew our stomachs were thanking us for all those brewskis!

And while we're on the subject of digestion, did you know that beer contains up to a gram of soluble fibre in one 30cl glass? Fibre is essential to digestion and this type of fibre, which comes from the grain that beer contains, has a number of benefits including keeping blood sugar at healthy levels and maintaining healthy blood-cholesterol levels when consumed in moderation.

Beer could make your bones stronger

One of the more unexpected benefits of beer is that it contains silicon, which helps the body to build and maintain healthy bones. More specifically beer contains a form of silicon called orthosilicic acid, which is easy for the body to metabolize and may help guard against conditions like osteoporosis. This was highlighted in a 2013 report in the International Journal of Endocrinology. The beers with the most silicon tend to be those with plenty of malted barley and hops, like India Pale Ales. So there you have it - even more reason to get out there and taste some great ales.

Some day soon, beer could help us fight cancer

There's been some fascinating work done recently by scientists who suspect that the beneficial chemicals in beer could prevent or treat cancer. One research project showed that a bitter acid called lupulone actually wiped out tumors in rats with colon cancer when the rats consumed it in their drinking water. This was published in the journal Carcinogenesis in 2007. Amazing! And it's all thanks to the powerful properties of the humble hop plant.

Beer is great for your teeth - strange but true!

If you thought that was fascinating, here’s another reason to love the amber nectar. The 2012 journal of Biomedicine and Biotechnology revealed an interesting and hitherto overlooked benefit of beer - it stops the biofilm (the layer of bacteria we call plaque) from forming on our teeth. According to researchers, even the weakest extract of beer was shown to inhibit the bacteria that leads to gum disease and tooth decay. Now there’s some trivia to share with your dentist the next time you're having a filling done!

Is beer good for your brain?

We're all familiar with that feeling of brain fog that comes from having a few too many brews the night before. But before you go blaming beer, consider this: the silicon we mentioned earlier? It's actually known to protect your brain from compounds that cause cognitive diseases, according to a study done in 2013. Another study on the hops plant revealed that the compound xanthohumol actually helps to support neuronal cells and could help to prevent brain disorders like Alzheimer's disease, Parkinson's disease and dementia. Thank you, Journal of Agricultural and Food Chemistry, we salute you for bringing this to the public's attention!

Probably the most important thing to know when it comes to investigating the health-boosting properties of beer is that it can actually prevent two of the most common chronic diseases known to humans. Beer (and in fact, all forms of moderate alcohol intake) is associated with a decrease in the risk of heart disease. Studies have shown that consuming 15-30g of alcohol per day is linked to a 25% lower risk of death from cardiovascular disease and a 34% reduction in the risk of coronary heart disease. And the same goes for another serious condition, diabetes. According to a study in European medical journal Diabetologia beer was found to reduce the risk of developing diabetes by 21 percent in both men and women, if consumed in moderation 3-4 times a week. Before you get too excited, there’s an important footnote to remember here: beer can have the opposite effect on your cholesterol, and on your risk of diabetes, if it’s consumed in large amounts. Which brings us to our final point...

Are there any side effects of beer?

We said we’d give an honest answer here and we’re going to be straight with you: aside from all these amazing discoveries, there are also reasons why beer may not be so great for your health (if you’re concerned about this, our article on beer calories has lots of useful information). But before you go pouring your favorite brew down the sink, consider this: most of the unhealthier side effects of beer are due to it being consumed in excess. If you consume beer moderately, and responsibly, there should be no ill effects other than being a little bit tipsy. As with wine, drinking beer in moderation actually has some great health benefits including, as we mentioned above, helping to lower the risk of heart disease and diabetes. The key here, of course, is moderation. We’ll leave you with  some important and useful tips to make sure your beer consumption is healthy and brings only good benefits to your health:

We hope you enjoyed learning all about beer and the fascinating ways it can be good for you. If you’re searching for the healthiest and most delicious beers money can buy, we have a team of beer experts at our headquarters who are only too happy to share their wisdom.

Shopping online? You’ll find tons of wholesome beers to choose from here at Beers of Europe. Browse our extensive beer selection today and get the perfect brew delivered to your door! https://www.beersofeurope.co.uk/beer