Anarchy In The Stoned Crow

ANARCHY IN THE STONED CROW!

The Real Ale Craft Man Simon & Anarchy Brew Co. owners, Dawn and Simon (Head Brewer) and Les Brewery Manager will be discussing the Anarchy Brewery, how the journey started, the outstanding beer, the taproom events and not forgetting the excellent artwork on their cans  Live On YouTube. 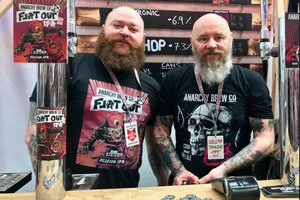 An evening not to be missed, join in the fun, they will be available for questions and general beer banter!

NOT TO BE MISSED - JOIN IN THE FUN
ANARCHY IN THE STONED CROW!
Don’t Miss Out On This Event>>
https://www.youtube.com/user/realaleguide

ORDER BEFORE 7TH JULY FOR DELIVERY BEFORE THE EVENT

Anarchy beers which that will be reviewed on the 14th July:

Anarchy Mother Fighter was brewed by women in beer from the North East as part of the Yakima Chief ‘Pink Boots’ project.  It has been brewed with the specially blended Pink Boots hops.  This is an easy-drinking pale ale with notes of stone fruits and citrus.

Anarchy Hopped Up and Ready to Go - Order here>> 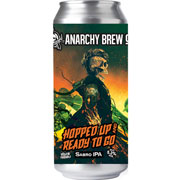 Anarchy Hopped Up and Ready To Go is a single hop IPA made using Sabro.  The big stone fruit aroma is followed with a smooth, creamy mouthfeel with hints of coconut, pineapple and citrus notes and a slightly bitter finish. 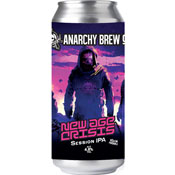 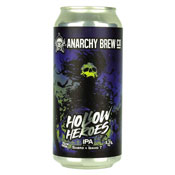 Anarchy Hollow Heroes IPA is brewed with Idaho 7 and Sabro hops. Crisp and fresh with tropical and grapefruit notes. 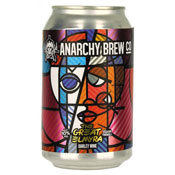 Anarchy The Great Elmyra (10% ABV) A medium-bodied barley wine, with a herbal aroma and surprisingly smooth.  Initially sweet, with a dry, smooth finish.  With the addition of dandelion and burdock brings an earthy, herbal note to the beer - Vegan-friendly. 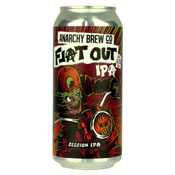 Flat Out IPA is a hazy IPA.  Brewed with East Coast ale yeast, it boasts notes of bitter orange with a touch of lime and has an earth, hoppy finish.
Flat Out IPA World Beer Awards 2019 winner in the Session IPA category (silver medal). This is a vegan-friendly beer. 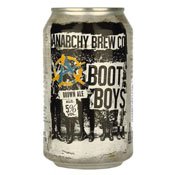 Anarchy’s Boot Boys is a classic northern brown ale that gives you a kick in the taste buds.It is laced with rich, caramel malt flavours which are followed by a nutty finish.

Anarchy brewery started life up in Morpeth, Northumberland, back in 2012. One name change later, and they settled on being called Anarchy Brew Co. and started brewing their core beers, packed with flavour that they still make today (Blonde Star and Citra Star). After running out of room at the old site, they moved to a bigger site in Newcastle upon Tyne, where you’ll find them today.

Anarchy Brew Co. beers can now be found across the globe - Russia, Italy, Finland and Japan. They also love a good collab, which has seen them teaming up with 7 Fjell Bryggeri (from Norway), and recently a few more.

You might also have noticed the fabulous artwork…kudos to the incredible skills of their designer, Josh from Studio Tinsley, plus hookups with Exile Cycles in the US for Exile, and local UK artist, Ryan Roadkill, for our Flat Out IPA.