Tuesday 15th June 2021 is Beer Day Britain, a National Beer that day takes place in the UK.  Beer Day Britain has been running since 2015 and was started by the award-winning beer sommelier, Jane Peyton.  Jane is the driving force behind the day, which is supported by the beer industry’s major organisations, including Britain’s Beer Alliance, Society of Independent Brewers (SIBA), the British Beer and Pub Association and the Campaign for Real Ale.  As well as being an award-winning beer sommelier, Jane Peyton is also an author, broadcaster, drinks educator, events producer, and founder of the School of Booze.

Celebrate The Oktoberfest At Home! The ‘Big 3’ Oktoberfest beers have just arrived (14/8/20) at Beers of Europe, Britain’s Biggest Online Beer Retailer, making them the first place in the country to stock the sought-after Munich beers, Lowenbrau, Hofbrau and Spaten Oktoberfest bier.

Is London done with craft beer? - Hell No! Thursday, Feb 27th the Beers of Europe Team attended BrewLDN at the Old Truman Brewery, which is part of a beerathon, with a whopping 146 drink exhibitors! Originally called ‘Craft Beer Rising’, whose co-creator Danial Rowntree says that in keeping with the 2020 drinking landscape he wanted to throw an inclusive party, saying “Craft beer is no longer rising - it’s risen and not going anywhere!” with a potential of 8,000 partygoers attending, we think so too! ‘The Industry’s Gone Bonkers’! Craft beer is now fully mainstream and in London, there are now more than a hundred breweries and a major amount of pubs that have never even had...

September sees the start of one of the world’s best known beer festivals Oktoberfest. While it is the dream of many beer lovers to visit this fantastic festival the reality is that many just can’t make it for one reason or another, however there is no need to worry there’s many brilliant beer festivals happening right here in the UK for you to visit. 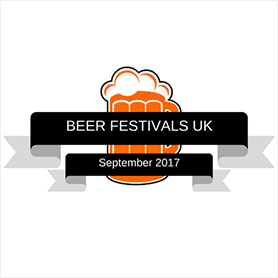