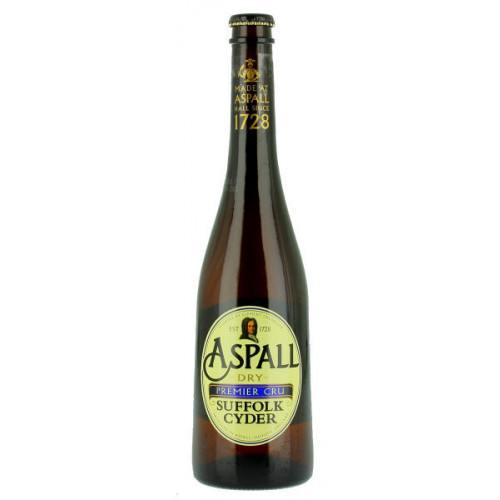 Share
Reviews Rating
(1)
Product Information
Country:
Style:
Container:
ABV:
Bottle Size:
Our flagship cyder and the first of the re-launched range to go to market in 2000. Premier Cru has been awarded World’s Best Cider and World’s Best Dry Cider in the 2008 World Cider Awards run by Beers of The World Magazine. It was described by the judges as “an elegant and well bred dry cider, with a soft fragrant nose and enough earthy apple notes to keep its feet on the ground.

Premier Cru has also scooped first prize in the Quality Drink Awards 2008, receiving high praise from the judges who described it as the “gewurtztraminer” of the cider world.

Of mid straw-gold colour with a clean, light aroma of dessert apples, Premier Cru is dry, round and creamy on the palate with a good acid balance, pleasant soft tannins and an elegant, long finish.

A champagne taste that embodies the essence of an orchard, it has enticed an admiring audience who describe it as ‘pale, subtle and crisp, with a fresh aroma of English apples.