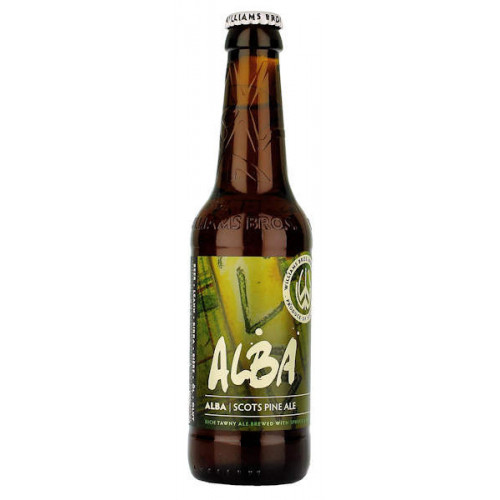 Share
Reviews Rating
(0)
Product Information
Country:
Producer:
Style:
Sub Style:
Container:
ABV:
Bottle Size:
Introduced by the Vikings, spruce and pine ales were very popular in the Scottish Highlands until the end of the 19th century. Many early explorers, including Captain Cook, used spruce ale during long sea voyages since it prevented scurvy and ill health. Shetland spruce ale was said to "stimulate animal instincts" and give you twins. Alba is a triple style ale brewed to a traditional Highland recipe from Scots pine and spruce shoots pickled during early spring.Pure malted barley, is boiled with the young sprigs of pine for several hours then the fresh shoots of the spruce are added for a short infusion before fermentation.
Ingredients/Allergens
(Allergens will be in Bold)
Water, Malted Barley, Malted Wheat, Pine Sprigs, Spruce Sprigs. Hops, Yeast