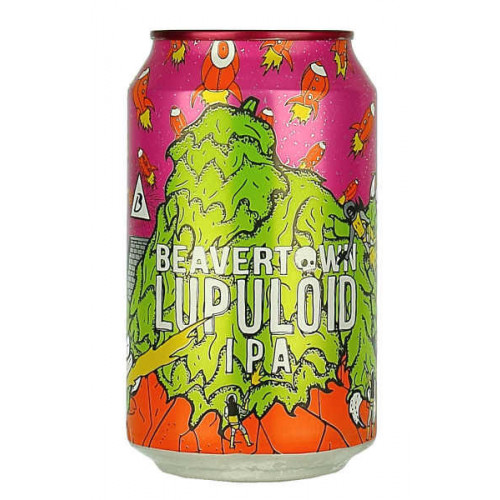 Share
Reviews Rating
(0)
Product Information
Country:
Producer:
Style:
Sub Style:
Container:
ABV:
Bottle Size:
Beavertown began its journey in 2011, founded by Logan Plant, son of Led Zeppelin’s Robert Plant, as a homebrew project that has become one of London’s finest craft breweries. In that time they have grown exponentially producing big tasting beers in cans with an easily recognisable design. Famous for a core range including Gamma Ray and Neck Oil as well as having a wide range of experimental brews, they continue to push the boundaries of the beer industry and have recently introduced Lupuloid IPA to their arsenal.

The process behind this IPA is a four year trial and error system, beginning with limited edition collaborations that gave Beavertown the desire and know-how to create the ultimate IPA. Following that came, “the Invasion of the Lupuloids” which was a range of IPA’s, along with their brewing specification, that Beavertown took feedback on from the public, tweaking the recipe’s until they concluded on a 6.7% beverage they have since released as Lupuloid IPA. The ingredients are simply malt, yeast, water and plenty of hops, yet they produce a wonderfully aromatic and a delicious IPA with a full hop sensation. As always, the can has been illustrated by Nick Dwyer and is best served chilled.