Morocco is famed for its cuisine, culture and general way of life, but there’s one more area that’s starting to get recognition—its beer. Moroccan beer has only been around for a relatively short space of time but it’s starting to get its loyal followers, and although a lot of bars will be dry (given that Morocco is a Muslim country and as such a lot of people abstain from alcohol consumption in public) you’ll still be able to enjoy a cold pint or two, with the restrictions being far less tight than in some other Muslim countries. And, there’s no reason you can’t experience the best of Moroccan beer from your own home either—here at Beers of Europe we pride ourselves on sourcing the best products from across the globe, giving you the chance to experience the unique taste of Moroccan beer no matter where you are.

But first, a bit of history. Beer production only came to Morocco in the early 20th century with the arrival of French settlers, and currently the main breweries are located in Fes, Tangier and Casablanca. The Société des Brasseries du Maroc is responsible for overseeing the production and distribution of beer in the country with the premium beer (or lager) being Casablanca, whilst other popular brands include the likes of Spéciale Flag and Stork.

Pilsner is the style of choice in the country with the refreshing taste being perfect for the climate, and if you want to experience Moroccan beer for yourself you’re in the right place. We work hard to source quality Moroccan beers that can give you the taste of the country from your very own home, so take a look at our range and you’ll soon be able to enjoy a Moroccan beer that’s characterful, light and refreshing. 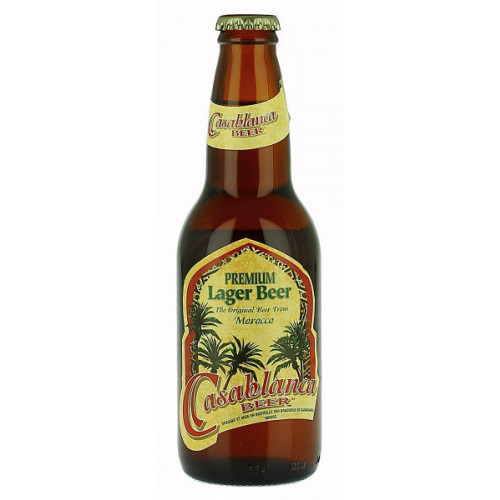