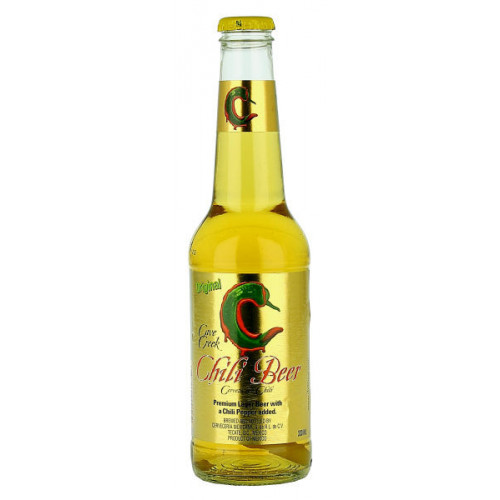 For Crazy Ed Chilleen of Cave Creek, Arizona (pop. 1328 including coyotes and cattle) beer was much too important to be trusted to outsiders. So in 1989 he started brewing his own beer. The town was suspicious. And became even more so when an entire brewery arrived in crates at the foot of Black Mountain, along with a German named Arnold. But after the first batch the people began to come around. The beer was good. Damn good. So good, in fact, the yuppies started driving in from all over the USA.

Something had to be done. So whenever one of them whined for a “wedge of lime”, Ed started putting a hot Serrano chilli pepper into the beer instead. Amazingly, about 2 out of 10 actually liked the stuff. Surely, thought Ed, the Eighties had come to close.

Today, the brewery in Cave Creek is closed but Chilli Beer lives on and is being made in Tecate, Mexico and being distributed worldwide.