Kenya is renowned for its breathtaking scenery and unforgettable safaris that will give anyone a taste for adventure, but there’s one thing that can make the experience even more invigorating—the taste of a cool, refreshing beer. And you don’t need to go for international varieties when you’re over there. The country actually has a solid beer industry with native Kenyan beer being far preferable to generic import brands, with Kenya actually being the third largest beer market in Africa.

The growing industry
Beer brewing in Kenya has actually been around for almost a century, with the first brewery being established in 1922. Kenya Breweries Ltd, which later changed its name to East African Breweries, produced its first beer on December 14th 1922, although it didn’t become commercially available until 1923. That beer, called Tusker, has been a staple of the Kenyan beer industry ever since and is still the most popular brand to this day, although the company produces a lot of other varieties as well.

Lager is the beer of choice although a few other styles are available too (if you know where to look), and despite the market being largely monopolised by East African Breweries smaller establishments are starting to provide competition. Namely Keroche Breweries, notable for the fact that it’s not only offering some much-needed variation but has a female CEO, something practically unheard of in the country.

Enjoy Kenyan beer right here
If you want to experience Kenyan beer from your very own home, you’re in the right place. Here at Beers of Europe we pride ourselves on offering the best the international beer scene has to offer and have the finest Kenyan beer readily available, so take a look around and you’ll be able to pretend you’re on safari without needing to leave your sofa. 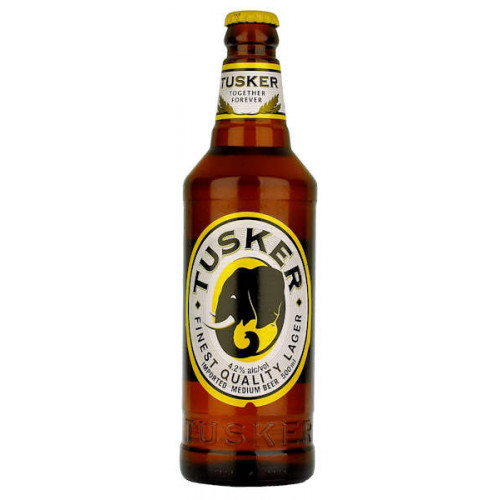