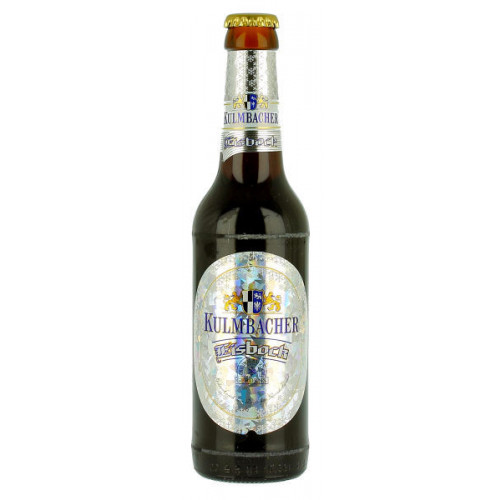 Share
Reviews Rating
(8)
Product Information
Country:
Producer:
Style:
Sub Style:
Container:
ABV:
Bottle Size:
The ice bock, also known as "Bayrisch Gefrorns", owes its discovery to a coincidence. According to the chronicles of the Kulmbacher brewery, some time around 1900 an apprentice forgot on a cold winter day to carry two barrels of bock beer into the brewery cellar. The barrels stayed outside, were covered by ice and snow and weren’t discovered until the following spring. The barrels had burst and the apprentice was reprimanded. But the carelessness was a stroke of luck because under the thick ice coat, a bock beer extract remained, strong tasting and high in alcoholic content.

Even if the dark, tasty speciality is not produced in this spectacular way anymore, the chance that gave birth to this beer became a tradition. Today this beer rarity is brewed in a modern brewing and freezing process, but the incomparable taste is still the same and can always be enjoyed in winter months.