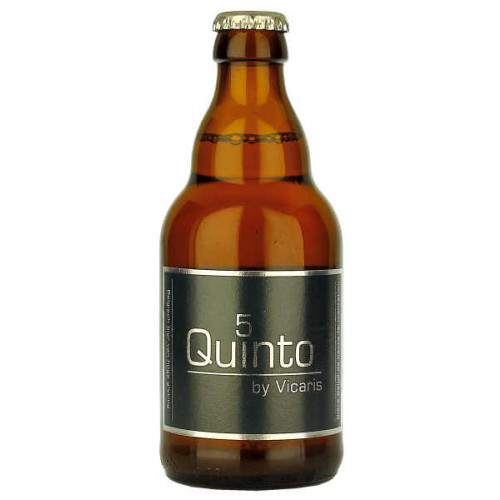 Quinto, meaning ‘fifth’ in Italian, refers to the fifth Vicaris beer, the abv and the Italian brewing plant.

Quinto is a gold, high fermented beer with fermentation in the barrel and bottle. Rich and creamy in mouthfeel, this is a naturally brewed beer, unfiltered and unpasteurised.The bottle should be kept upright so as not to dislodge the yeast on the bottom of the bottle. Upon pouring, approximately 1cm should be left in the bottle, this is the yeast which will add a bitter flavour to the beer. Of course, this could be added if so desired.
Ingredients/Allergens
(Allergens will be in Bold)
Water, Barley Malt, Sugar, Hops and Yeast.