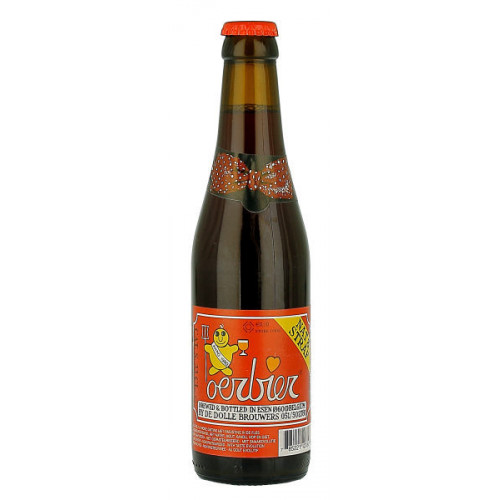 Share
Reviews Rating
(0)
Product Information
Country:
Producer:
Style:
Sub Style:
Container:
ABV:
Bottle Size:
Oerbier means original, from the source. This beer has been brewed in small scale (5 gallons) at home in a copper wash kettle, by two brothers who were students at the time. They took over an old brewery which was out of business and said: "If we don't bring the brewery back to life, nobody will!" It was also a unique opportunity to create some interesting brews, so why not try it? Therefore we went ahead. We did the main work ourselves and kept the scale of the brewery as it was. Since then, the brewery and its beers have been an inspiration for a lot of brewers. Oerbier is brewed from all different malts, Poperinge Golding hops in flowers and a special yeast which makes it a little tart, especially with aging. At the brewery we have excellent cellars which have a constant temperature of 8°C allowing Oerbier to age at its best.

After a couple of years Oerbier tastes like it has been blended with wine… Oerbier has been refermented in the bottle and contains a layer of yeast, having vitamins B. NAT en STRAF on the glasses means WET and STRONG, a warning for the 9 vol. alcohol content. The little person on the glasses is the Oerbier man, a simple creature who holds a brewers fork in his right hand, symbolizing the work and science, but looking to the other side, the result of all this, the glass of (Oer)beer. The artwork on the poster is a wall painting found in Spain (Altamira) and is considered by art lovers as being the best prehistoric art work (30.000 years BC). On the other hand we have Oerbier started in 1980, continuing the tradition.

Since 2000 as the yeast supply ceased, we installed a new yeast propagator. The tart aftertaste is obtained by lacto bacterial fermentation (since 2005).
Ingredients/Allergens
(Allergens will be in Bold)
Water, Barley Malt, Hops, Yeast and Sugar