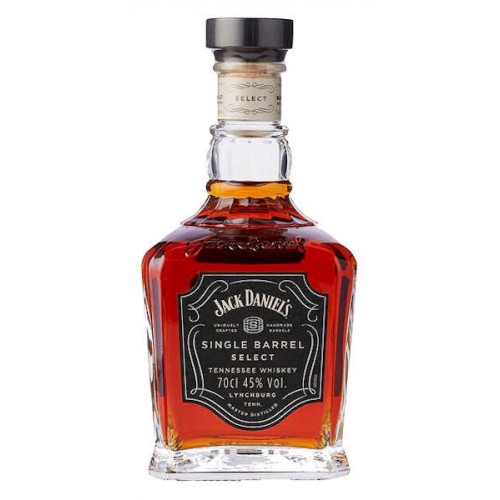 Share
Reviews Rating
(0)
Product Information
Country:
Producer:
Style:
ABV:
Bottle Size:
Made using the exacting standards of Old No. 7 Tennessee Whiskey, Single Barrel is also charcoal mellowed and matured in new charred white-oak barrels. But where Single Barrel rests makes all the difference. Since it’s placed in an area of the barrelhouse where the spirit enjoys a more intense fluctuation within the barrel, what emerges is a unique rich, robust whiskey.

After mellowing, the spirit is placed in new charred, white oak barrels.

Year after year, the seasonal change in temperatures has a unique effect on the whiskey within every barrel. Each summer, the heat causes the pores of the oak barrels to open up, allowing the whiskey to interact with the wood. Then with each winter's chill, the barrel contracts, forcing the whiskey out of the wood. As it moves in and out of the wood, the whiskey picks up an amber colour and many subtle flavours – like the caramelized sugars from the barrel’s charred interior. The truth is, every change in temperature, every drop in barometric pressure, every fluctuation in weather conditions has an effect on the taste of whiskey in the barrel.

The full, flavourful character and dark-amber colour of Jack Daniel's Single Barrel in large part is a result of where the whiskey rests in the barrel house.

Barrels with the potential to be Jack Daniel’s Single Barrel have been rested in the upper reaches of the barrelhouse. We call this area the “Angel’s Roost.” Here summer temperatures can easily reach over 100 degrees Fahrenheit, and in winter dip below freezing. These extremes cause the whiskey to move in and out of the barrel dramatically, resulting in the intense maturation needed to develop the unique character and flavours desirable in Jack Daniel’s Single Barrel.