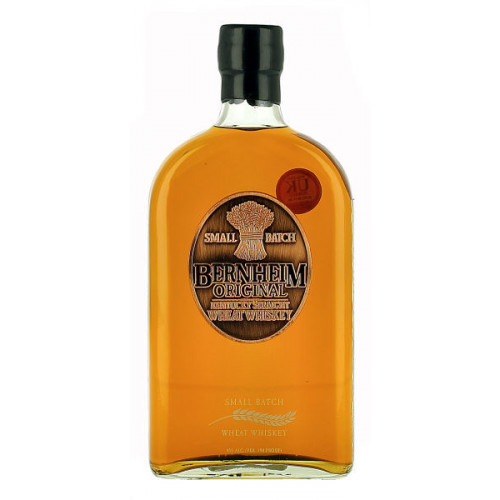 Bernheim Original Wheat Whiskey is produced at the namesake Bernheim Distillery in Louisville, Kentucky as a "small batch" American Whiskey and is aged in Rickhouse Y at Heaven Hill's Bardstown, Nelson County facilities. The release is a unique and award-winning whiskey, including Whisky Magazine’s Gold Editors Choice award and in 2008 and 2009, Bernheim was named “World’s Best Wheat Whiskey” at Whisky Magazine’s World Whisky Awards.

As a straight whiskey, it meets the same criteria as Bourbon or rye -- aged a minimum of two years in a new, charred oak barrel, distilled at less than 160 proof, contain no colouring, flavouring or blending agents - but Bernheim’s unique profile and mixability with a variety of juices and liqueurs open a whole new range of cocktailian possibilities.