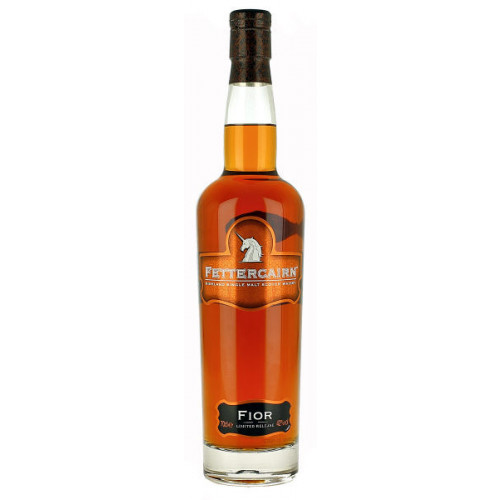 Share
Reviews Rating
(0)
Product Information
Country:
Producer:
Style:
ABV:
Bottle Size:
Founded in 1824 by Alexander Ramsey in a converted corn mill, Fettercairn’s name is loosely based on the phrase ‘foot of the mountain’ which comes from their geographical setting at the base of the Grampian Mountains, where the distillery also gets it water from. Ramsey’s economical downfall saw him sell to the Gladstone family just 5 years later in 1829. The son of the family, William Gladstone, would go on to become Prime Minister and helped to pass reforms on the taxation of Whiskey. The brewery changed hands one more time in 1973 to Whyte & Mackay Distillers.

Fior is Gaelic for ‘true’ or ‘pure’ and the same can be said for this whiskey. Released in 2010 to celebrate the rebranding of Fettercairn, the slick design for bottle and box shows their intent to get back to the top of the market. This rich whiskey has notes of spices, fruit, cocoa and espresso, with sherry and toffee becoming apparent on the nose. You should also be able to detect smoke, oak and liquorice in Fettercairn Fior’s lengthy finish.