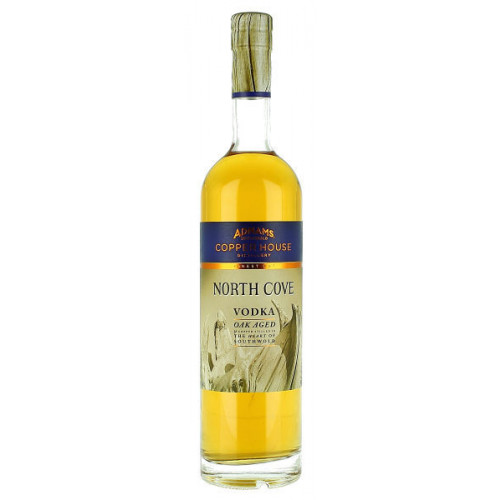 Adnams from grain to glass, our Copper House North Cove Vodka is distilled from East Anglian malted barley, wheat and oats. Adnams Masterbrewer, Fergus Fitzgerald, makes a beer 'wash' from these grains, which is fermented to around 6% abv without the addition of hops. Our head distiller, John McCarthy, then takes this beer and puts it through a 'beer stripping' column which removes all the alcohols to create a 'low wine' (around 80 - 85% abv). The 'low wines' are subsequently distilled in our copper pot still and purified further in rectification columns to create a clean, pure spirit - our Longshore Vodka. John reserves a portion of Longshore and runs it into European oak barrels. Here, it is allowed to slowly mature deep within the Brewery cellars in Southwold where the oak imparts its own special character into the spirit, imbuing it with warm, soft tones of vanilla, white chocolate and coconut.