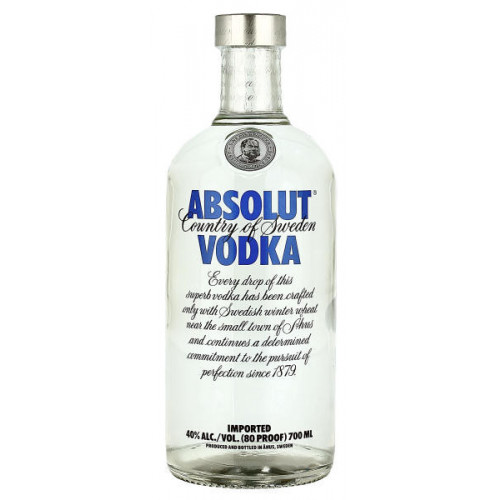 Share
Reviews Rating
(0)
Product Information
Country:
Producer:
Style:
ABV:
Bottle Size:
Absolut Vodla was first launched in New York in 1979. It soon became talk of the town, the US and eventually of the world. But the recipe behind the pure and natural taste of Absolut is actually older than 30 years. So is the 18th century medicine flask found in an antique store in Stockholm that gave inspiration to the iconic Absolut Vodka bottle.