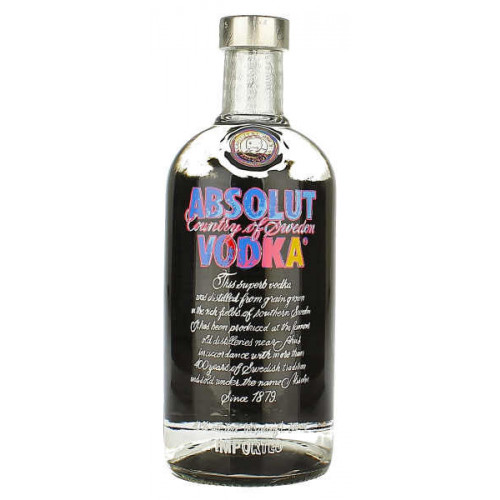 Share
Reviews Rating
(0)
Product Information
Country:
Producer:
Style:
ABV:
Bottle Size:
In 1986, Andy Warhol became the first artist to collaborate with Absolut when he created an original piece inspired by his adoration of the brand’s bottle.Absolut have brought Warhol’s creative vision into the 21st century by transforming his artwork into a three dimensional bottle with blue, pink and yellow details, replicating Andy Warhol’s originalAbsolut Warhol painting.