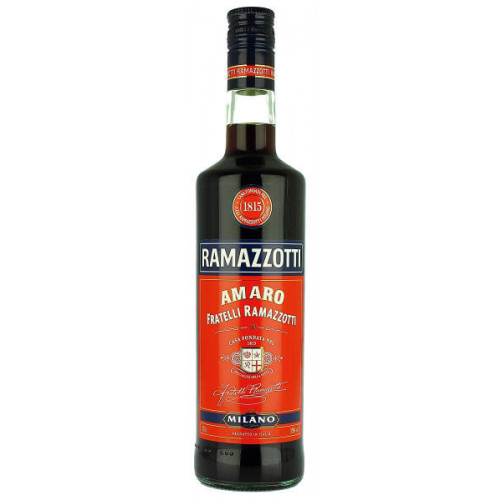 Share
Reviews Rating
(0)
Product Information
Country:
Style:
ABV:
Bottle Size:
First founded in 1815 by Ausano Ramazzotti, Ramazzotti Amaro is made from 33 different herbs and plant roots, to create a uniquely tasting bitter with a prominent aroma. This liqueur gained popularity in 1848 when he moved from a simple shop to a bar near the La Scala Opera Theatre in Milan and served his Amaro instead of coffee.

Fast forward to the present and the recipe is still the same as the original. Only three people know the recipe, which we know to contain orange, cardamom, cinnamon and star anise which are evident from the taste. Amaro is a completely naturally made liqueur which contains no colouring or additives. Today it is owned by the Pernod Ricard Group, but still made in Italy. It can be served over ice but can be enjoyed as a mixer, tonic or aperitif.