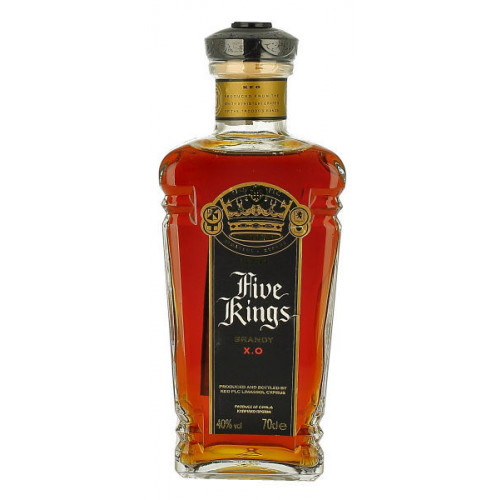 The name derives from a historical banquet, hosted by Mayor Henry Pickard held in London in 1363. The guests, the Kings of England, France, Scotland, Denmark and Cyprus were treated with a brandy, brought over especially for the occasion from the Troodos mountain range in Cyprus. Five Kings is produced from the same noble vines as that of the grand toast.

The transformation into this uniquely golden brandy, is gradually achieved, while the brandy ages in French Limousin oak barrels, stored at KEO’s isothermic cellars.

Ideal as an after dinner dessert drink, always served in a balloon type glass.