Back to all articles
TailGate Beer | Q&A
Originally Posted on Jan 18, 2017

Are you curious to know about the people behind the beers you buy? Or perhaps you want to know what inspires brewers to brew and beer bloggers to blog? Our “Q&A” posts are a light hearted way of getting to know people working in, and connected to, the beer and alcohol industry.
Today’s post features TailGate Beer.  Located in Nashville, Tennessee, they are a craft brewery that specialises in small batch and seasonally appropriate craft beer.

Who are you/what do you do?   Wesley Keegan. I’m the founder and brewmaster of TailGate Beer. We’re a craft brewery from Nashville, Tennessee. We’re a 10 year old brewery. I’ve held every position in this brewery at one point in time. Mostly, these days, I feel like I’m just the delivery boy.

How did you get into this line of work?   Probably not the typical method. I was a hobby homebrewer, but at 21 years old I had no aspirations of going pro. Back in 2007 craft beer or entrepreneurship wasn’t as glamorous as it is today. But my late father was sitting on the trademark and copyright of TailGate Beer for a few years. He had successfully defended it against some big players, so when he asked if I wanted it, I said sure. But I needed it completely. No strings, no partners just me. Call it young and dumb. He agreed, we opened our doors at TailGate and the global economy promptly shut theirs.

Where did you learn to brew?   I started with just some buddies in college. In fact, they were way more into it than I was at that stage. We were just kids. But I was also running a college bar at the time and I was seeing how most people felt like me. We wanted real flavour and we were willing to pay for it. Homebrewing was a hobby that I became fully immersed in when I decided to start the brewery as a real business. 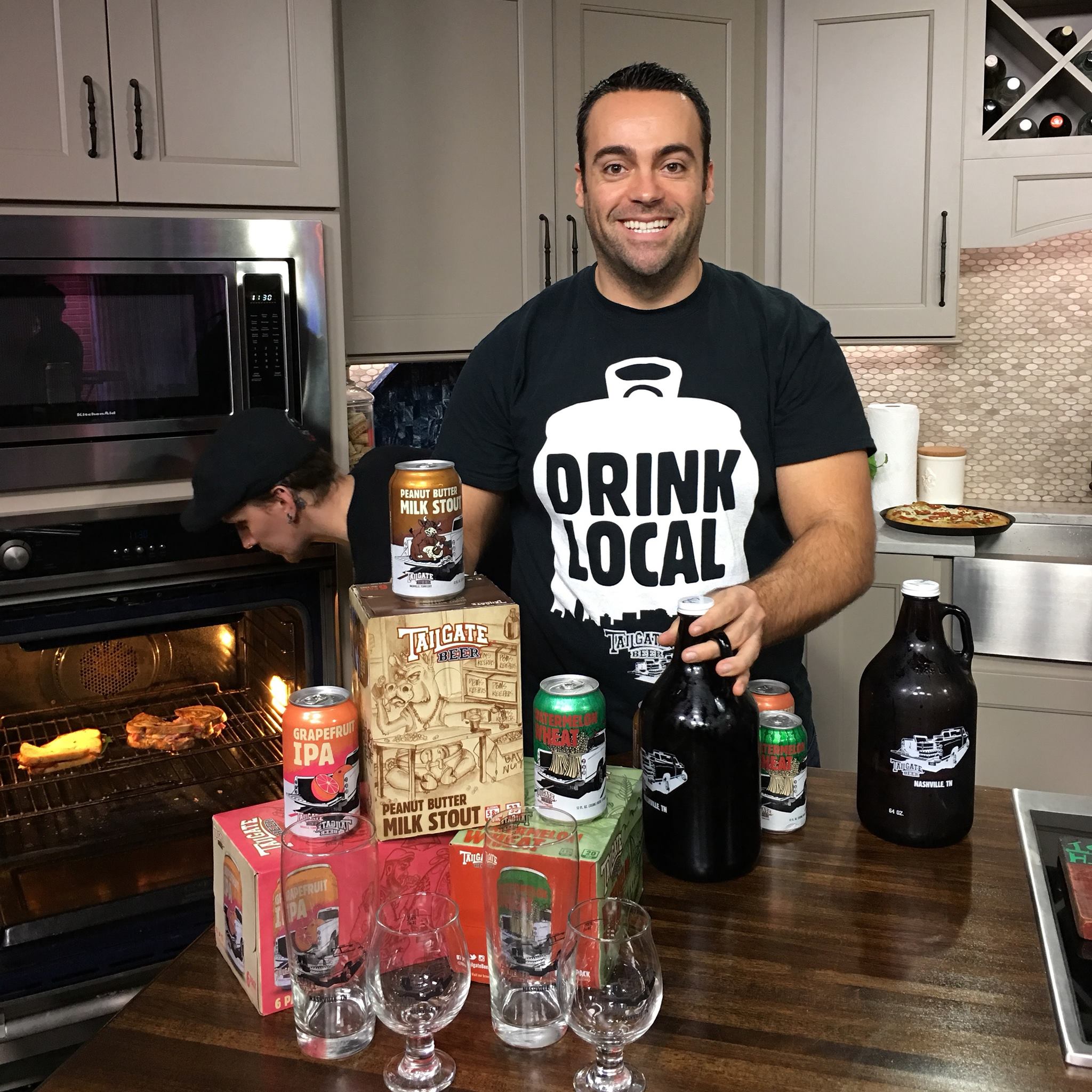 What was the inspiration for starting the brewery?   The name. I know that’s not as glamorous as saying something like I drank 36 beers a day of angel-brewed nectar until I awoke in an enlightened state of craft beer nirvana. But I was a student of finance and I thought it was a tremendous market opportunity. But it had to be borne of quality and commitment to your customers demand. We listen to what you like to drink and try to brew that.

Where do you see, or hope to see, the brewery in 5 years time?   Our business plan is pretty simple. Be the best brewery we can be. We really believe if make the best beer, develop the best people, create the best culture; we’ll be exactly where we should be in 5 years. The thing is, the industry is changing so quickly, that 5 years ago I would never have guessed what we are today. I’m perhaps most proud of our ability to adapt and pivot. That keeps us relevant and growing. I’m sure even if I guessed, I’d be 100% wrong of 5 years from now.

Are there any other breweries which have influenced you?   Sierra Nevada was the early one. I grew up in Northern California and it was their Wheat that was the first craft beer I ever had. Since? Ballast Point is another. When I started they were a pretty small player, and their fearless commitment to making tons of different beers and perfecting their delivery of them really helped that grow into this mega-brewery. Even today if you visit their breweries and tasting rooms they’re all packed. 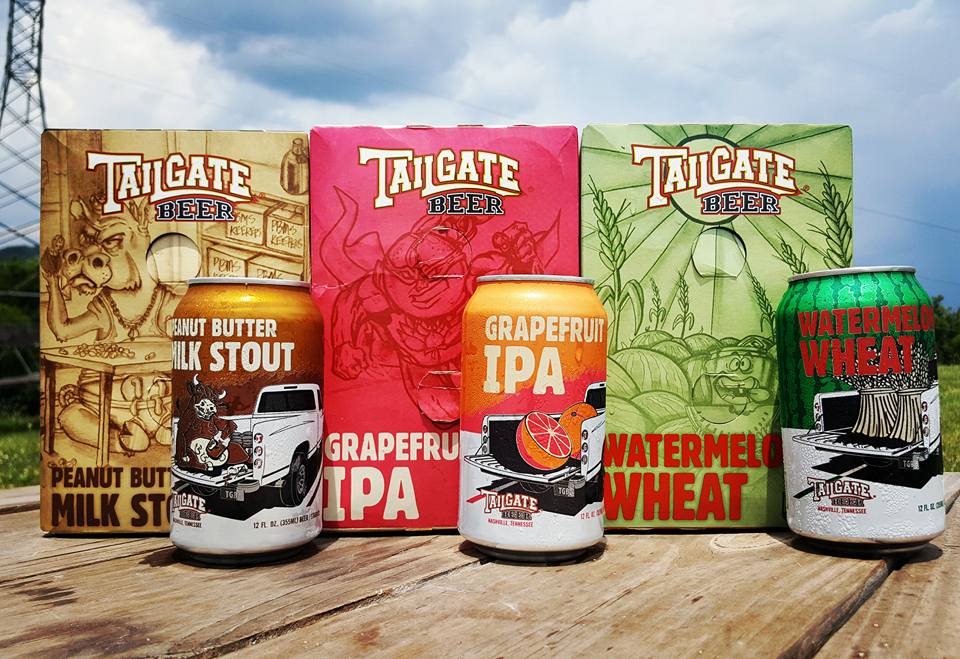 Out of all the beers you brew, which is your favourite? Why is that?   Our Southeast IPA. It’s really tremendous. Piney, resinous, fruity, citrusy, bitter. It’s been years of R&D (research and development) and I think we’ve really nailed it. The great thing is that it’s got room to build on. We just released a double IPA version of it and I think it’s fantastic. I can’t wait to do a triple IPA.

What have you found the hardest thing to master when learning to brew?   Consistency in growth. I can do the same thing over and over but you can’t do everything by yourself. Even if you watch someone, human error can create variation. Then when you buy a larger system you have to tune to that, it’s like never ending growing pains. But if it wasn’t difficult I’d be bored to death.

What can we expect from TailGate in the coming months?   In London we are hoping to expand our draft offerings, launch some new cans, but most importantly, more inventory. Developing an export market is so hard, you have to be so patient, but I think we’ve hit the time where we have all the information we need to really accelerate with our UK importers, Heathwick. I’m personally visiting the local market in April and look forward to thanking our retailers and fans in person. It’s a very special experience that I’m very much looking forward to! 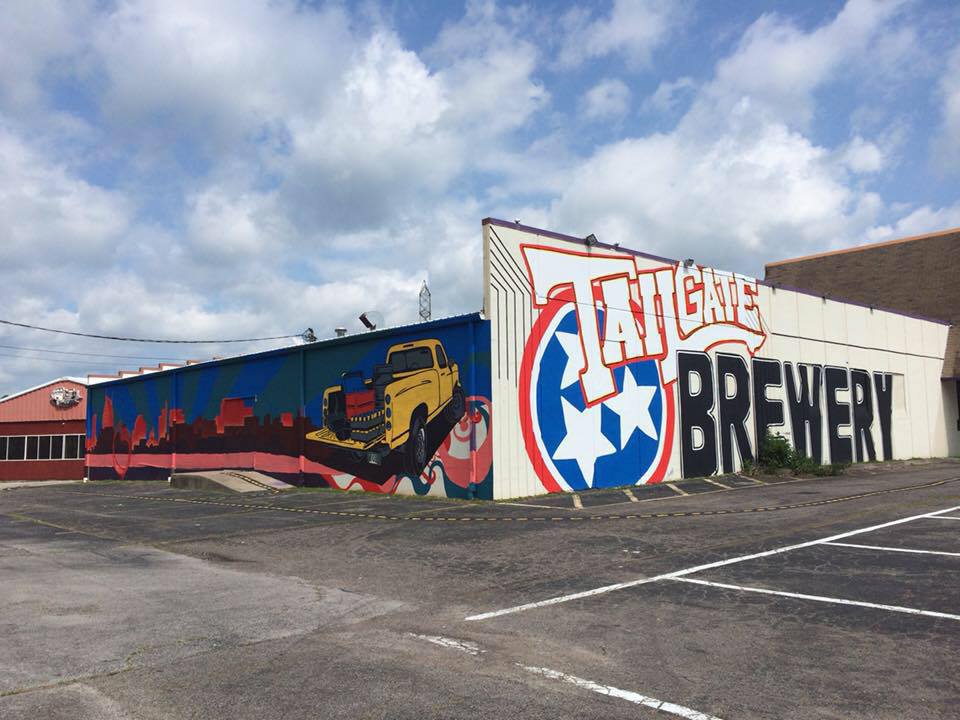 What do you think makes a great beer?   Quality. Knowing and detecting flaws is very hard. Dumping flawed beer is harder. I’m proud to say we’ve dumped every flawed beer we’ve ever brewed. Without a commitment to quality, we have nothing.

What was your first drink and where were you when you had it?   Craft beer? It was definitely that Sierra Nevada Wheat. I was on a boat in Northern California in the summer
Really a beautiful memory, but I never would have thought that would have led to a career in brewing.

What drink can you no longer face having had one too many?   Honestly, I don’t believe in that. When I was running that college bar we drank on shift. We probably drank more than the customers. I had a real iron gut then. Any time I had too much name-your-drink, it was probably just too much booze in general. Style didn’t have much to do with it. 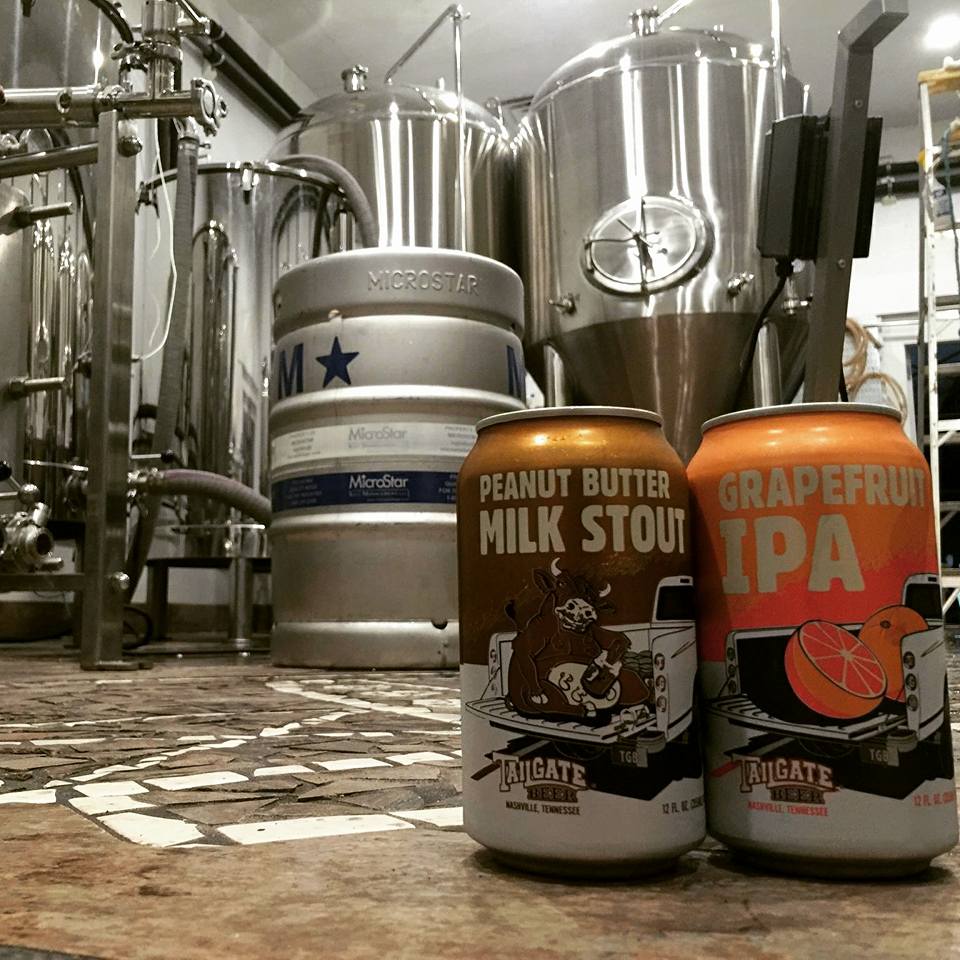 What is your favourite style of beer?   I’m conflicted. I tend to order IPA’s when I’m out because they vary so much. But the variety is a double edged sword. The letters IPA don’t mean the same thing ever, so sometimes you can hit a homerun, or sometimes you find something you didn’t expect at all. All part of the awesome variety of what craft beer is today.

If you have to pick, which would be your top three beers in the whole world?   Whoa that’s a tough call. I typically say my favourite beer is my next beer. But Saison Dupont is definitely up top. It’s beautiful. And the homer in me says our Peanut Butter Milk Stout. Then I’d have to say a fresh Sculpin by Ballast Point. But I could easily name 100 others that are worthy of conversation.

What is the silliest thing you’ve done whilst drunk?   Goodness. Silly in my eyes? One of my favourites is I used to have “date night” with one of my buddies. We’d get dressed up, go out to a fancy restaurant, then bars and just have a high end date night. We’d drink whatever we wanted. Dance by ourselves. Drink just among ourselves. Then go home to wives or girlfriends. It was all the fun of going on a date but we paid our own ways and there was zero drama. It’s completely ridiculous when you think of 2 grown men having a totally platonic date that didn’t involve a sports bar or going to the game. But it was the best drunk stuff I ever did.

Thanks to Wesley and TailGate for chatting to us.