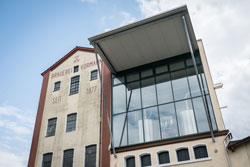 Q: Who are you/what do you do?
A: My name is Sebastian Sauer and I’m the founder and owner of Freigeist Bierkultur, the first modern craft beer brewery which focussed on only produce craft beer. We work with unusual ingredients and techniques to showcase the broad spectrum of beer. 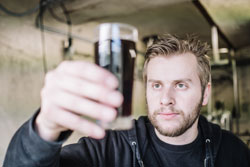 Q: What was the inspiration for starting the brewery?
A: The lack of modern craft beer breweries and to create beers with the creativity that I have.

Q: Where do you see, or hope to see, the brewery in 5 years’ time?
A: Hoping to still work on a lot of experimental beers with great ingredients like right now. 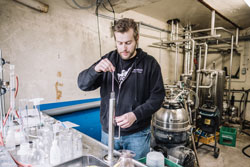 Q: Are there any other breweries which have influenced your brewery?
A: Definitely, but too many to mention. In the very beginning, breweries like Olfabrikken (the original one) from Denmark and BFM from Switzerland were very inspiring and learn about many styles of beer I didn’t know and how you can think beer in such a different way then it is known to be the case in Germany. On the other hand, I loved and still love great quality breweries from e.g. Germany which produces and serves an amazing quality of just one or just a few different beers and presents the beauty of simplicity (like Schlenkerla and Spezial in Bamberg, Uerige in Düsseldorf etc.). 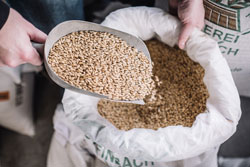 Q: The craft beer movement seems to be going from strength to strength. Why do you think brewing been such a great success in recent years?
A: I guess people were tired of just drinking the classic beers and were hungry for discovering great different tastes and ways of production. On the other hand, the craft beer scene is also so strongly connected with a certain cosmopolitan mindset of people who love to travel, like great food, drinks and music etc. and craft beer is also part of that.


Q: What do you see as the latest beer styles to look out for in 2020/2021?
A: That very much depends on the area you are looking at. I think Lagers have a great new revival and that’s an exciting movement. At the same time, there is more niches still booming all around the great variety of sour beers. Hazy IPAs are obviously still on the board as well. 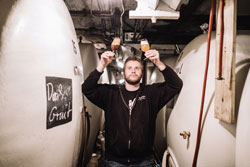 Q: Many breweries are experimenting with adding unusual flavours to their beers. Are there any you think work well together and are there any you would like to try?
A: Well, I try to realize these beers and taste I desire. One of my favourite combinations is smoke and sour and there are still an endless amount of varieties possible within this blend. But for sure, there is way more than that.

Q: Looking ahead, what new stuff can we expect from you?
A: Next to our range of “classic beers” which are even not that classic, but are classically edgy and experimental in the Freigeist mindset, I like to intensify my work with beers and styles where we don’t have that variety on the markets. I’m talking about spontaneous beers with massive barrel aging like we do (2 to 3 years of barrel aging), different types of Eisbock and champagne beers and other experimental ranges.

Q: What is the best part of your job?
A: Travelling, meeting great people and tasting a lot of exciting things. 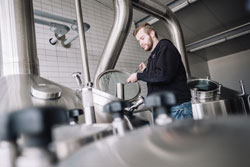 Q: What was your first drink and where were you when you had it?
A : Don’t know, but it was probably a shitty beer in a shitty pub in my hometown.

Q: If you have to pick (we know, tough choice!) which would be your top three beers in the whole world?
A: Very difficult, indeed. I would probably pick one of my regional classics like Schumacher Altbier. Additionally, I would take Pizza Port Zekiel, an outstanding West Coast IPA from a dear friend of mine. And Freigeist Abraxxxas, because of the combination of sour and smoky, it keeps things interesting J

Q: You are stuck on a desert island, what three things are you taking with you?
A: My laptop, a hammock and sunglasses.

The range of Freigeist beer is available here>>

You can watch a video on the Freigeist Brewery here>>