Calories In A Pint Of Beer

Beer calories: How Many Calories Are In My Beer? 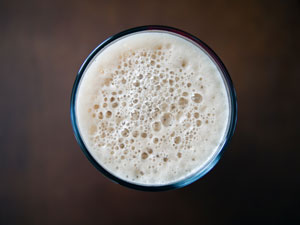 Beer, the delicious amber nectar that we all know and love, is packed with all sorts of nutrients. And like all beverages it also contains calories, the units of energy that the body needs for fuel. If you’ve ever wondered just how many calories are in your beer, this article is for you. We’re going to tell you everything there is to know about calorie consumption and your favourite brew.

The truth about beer and calories

As common wisdom would suggest, the only time you should be worried about the calories in your beer is if you’re drinking it in large amounts, or if you’re on a strict diet designed to encourage weight loss. In the latter case, you’ll probably be eager to know just how many calories are in that lovely frothy beer you hold in your hand. The answer will depend on:

If you’re trying to lose weight, it’s also important to factor in what you’re eating along with your beer. A bottle of Belgian wheat beer with a fish dish, or an IPA with a nice curry are going to taste delicious, but remember that your body is going to burn alcohol as fuel first, before any other nutrients, so the excess glucose and lipids from your meal may well end up being stored as fat. For the best results, pair your low calorie beer with a low calorie meal and a healthy lifestyle.

On average, how many calories are there in a pint of beer? 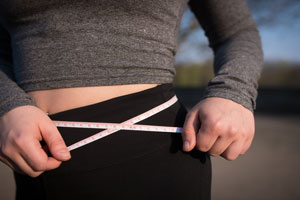 That’s a great question. Before we go into any specifics, here’s an answer that will help: according to the NHS, the average pint of 5% strength beer contains around 215kcal, which is the equivalent of 1 packet of McCoy's salted crisps.

How many calories are in a 330 ml bottle or can of beer?

Good news - if you’re drinking bottled or canned beer you can probably find out the exact amount of calories it contains on the label. SImple, and straightforward - we love it!

If you’re curious, here are some of the most popular bottled and canned beers and their calorie content for a 330ml serving:

Which beers contain the least calories?

We know what you’re thinking: which beers are safe to drink and won’t play havoc on my waistline? The simple answer is to go for “light” beers - usually these are light in alcohol and in calories. Here are some examples for a 330ml serving of well-known light beer:

When looking for a low calorie beer it’s best to choose something that has an alcohol content of between 4 and 5 percent (and here’s a tip for you: anything lower than this will probably taste a bit watered down, so be prepared). If you’re really keen to lower your calorie intake without giving up beer completely, you could switch to non-alcoholic beers. These are lower in calories simply because they lack one of the most calorific ingredients in beer: alcohol. Consider these two examples:

Lastly, choosing a bottle over a pint is going to be easier when it comes to calculating your overall calorie intake over the course of a night out, as bottles are usually a standard 330ml serving size and, as we mentioned, they also have a label that includes the calorie content.

Which beers have the lowest calories?

It’s important to remember that not all beers are created equal. Some types of beer are inevitably higher in calories than others, thanks to their ingredients and how they’re fermented. Put simply, your beer is made from sugars and starches, and these translate into calories. Here is a rough guide to the beers that are the most calorific, in the order of least calories to most:

How to burn off calories in beer 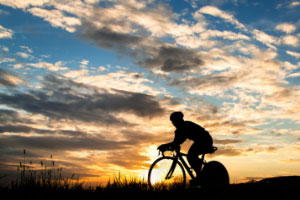 After reading all that, you’re probably wondering how on earth you’re going to burn off the calories from your next delicious bottle of beer and avoid gaining weight. As always, the answer is a regular exercise routine and a healthy lifestyle. According to the health conscious folks at Men’s Health magazine, to burn off a 180-calorie pint of beer, you’ll need to do one of the following:

We hope you enjoyed this quick and simple guide to the calories in beer. If you’re craving a delicious cold brew after all that, you’ve come to the right place. We stock tons of low calorie beers, light beers and non-alcoholic beers over at the store. Hop over now and pick out the perfect one for you!