Organic September 2020 is the Soil Association’s ‘Organic Month’, celebrating organic food and drinks in the UK.

To help you make the most of it, we’ve put together a guide to organic beer. Discover what organic means, why to choose organic beer and explore our selection of 10 fantastic organic beers to try this September.

What does organic mean?

Organic agriculture is a system of farming that’s designed to be natural, without the use of artificial fertilisers, pesticides and other chemicals. 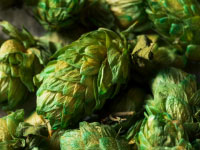 Organic agriculture takes a ‘whole systems’ approach to food production and farming. This means that it promotes practices that are also good for long-term soil health, water quality, local wildlife and human health.

It’s a system that’s designed to preserve a healthy planet for future generations.

What is organic beer?

Organic beer is brewed with organic hops, malt and yeast. 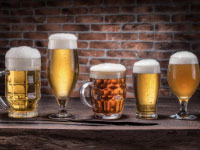 You can find organic beers quite easily, as most will have ‘Organic’ or ‘Bio’ in the title.

However, some breweries take things a step further and get organic certifications for their beers.

To be certified by the Soil Association, the UK’s organic certification body, the beer must contain over 95% organic ingredients. The EU Organic Certification also requires over 95% of the ingredients to be organic, with strict stipulations for the other 5%.

You can look for the Soil Association symbol or the EU Organic Certification logo on the bottle as a guide to whether a beer is certified organic.

Why choose an organic beer?

There are many reasons to choose organic beer - it’s a lower-carbon option, better for wildlife and contains fewer pesticides.

Organic beer is better for the planet

Healthy soil is vital for fighting climate change - there is more carbon stored in the world’s soils than the atmosphere, plants and trees combined.

British Hop farmers H. E. Hall & Son maintains soil health on their organic hop farm by “growing field beans between the plants over the winter; these fix their own nitrogen, and are chopped into the soil in the spring as a green manure”.

Organic farming also eliminates the use of artificial fertilisers, which are doubly polluting.

Firstly, they are produced by burning fossil fuels. Then, when used in farming they release nitrous oxide into the atmosphere - a greenhouse gas that’s 300 times more potent than carbon dioxide.

By omitting artificial fertilisers and using natural methods such as manure, compost and crop rotation, organic farming eliminates the need for carbon-intensive fertilisers.

Biodiversity is under threat from pesticide use in farming. 40% of British wildlife species have declined since the 1970s, and 1 in 10 are facing extinction. 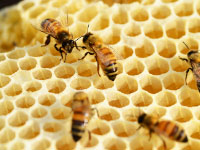 Organic farms have 50% more bees, butterflies and other pollinators compared with non-organic farms. Three-quarters of the UK’s food crops depend on pollinators to survive.

Organic practices such as planting trees and hedgerows, sowing wildflowers at the edges of fields, and digging ponds enhance natural environments needed for biodiversity.

Going organic is one of the best ways to reduce your exposure to pesticide residue in food.

Organic farming bans the use of artificial pesticides. In beer, this is a particular challenge for growing organic hops, which are generally a pesticide-intensive crop.

Hops are a magnet for aphids and spider-mites, resulting in the use of pesticides to prevent damage to non-organic hops.

However, hops can be grown organically in the UK. Careful soil management and planting of weeds and other plants around the hop bine can provide alternative food for aphids.

Is organic beer healthier than ‘normal’ beer?
The short answer is: no.

Drinking organic beer doesn’t contain any direct health benefits over non-organic beer, and should be enjoyed in moderation alongside a balanced diet.

However, organic certification does ban the use of certain additives in food, such as artificial sweeteners and preservatives.

Do you prefer a natural beer, without added chemicals or artificial sweeteners? Choosing organic is a good way to make sure there’s nothing funny hiding in your drink!

Now you know the benefits of going organic, Organic September is the perfect opportunity to try some new organic craft beers.

Going organic doesn’t have to be complicated or expensive. A great way to start is to make a few small swaps in your shopping basket, and build up from there.

So why not start with beer? We’ve put together a selection of 10 of the best organic beers for you to try during Organic September 2020. 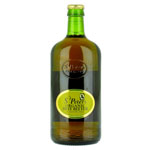 A lesser-known fact is that the brewery is “passionate about helping the protection of our planet and wildlife”, and produces a range of three organic beers.

St Peter’s Organic Best Bitter is brewed with organic malted barley and organic Sovereign and First Gold hops. The barley lends a classic biscuit flavour to this best bitter, balanced out by a pleasant citrus bitterness from the hops.

Amber in colour and with a strength of 4.1% ABV, St Peter’s Organic Best Bitter is an excellent all-rounder. Enjoy chilled for a refreshing drink, or pair with organic smoked meats and cheese. 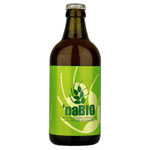 Best for: Malty Italian lager
This malt-forward lager is brewed with 3.5% organic spelt, alongside organic barley and hops, giving the beer a unique grainy, earthy flavour.

Low in bitterness and with an ABV of 4.5%, Birradamare naBio is a great all-round organic lager. 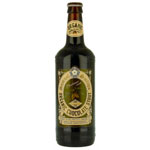 Best for: Rich, chocolatey decadence
Yorkshire Brewery Samuel Smith’s has been around for over 250 years, and “sees organic farming and brewing as the long term, sustainable answer” for the next 250 years.

Samuel Smith’s Organic Chocolate Stout is part of a range of over 10 organic beers produced by the brewery. The brewery is certified by the Soil Association and undergoes a rigorous inspection every year.

Samuel Smith’s Organic Chocolate Stout is also certified by the Vegan Society as suitable for vegans and vegetarians. 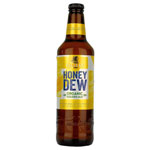 Since bees are particularly susceptible to harm from pesticides, it seems fitting that Fuller’s Organic Honey Dew should use organic honey.

To be certified as organic, honey must be produced from hives situated 5-8 miles from the nearest source of chemicals - such as pesticides, roads or factories.

Due to space limitations, there are no organic honey producers in the UK, and Fuller’s sources their organic honey from Brazillian bees!

A shining golden colour, Fuller’s Organic Honey Dew is delicately sweet with floral honey aromas and the subtlest of bitterness. An excellent introduction to beer for new drinkers, or for pairing with delicate foods such as organic salads or white fish. 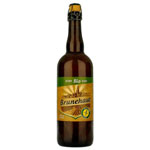 Best for: Award-winning Belgium blonde
Brasserie Brunehaut in Belgium is a shining example of organic, local and sustainable values. In addition to using 100% organic ingredients, over 70% of the brewery’s electricity is provided by solar power.

They also source many of their ingredients from local suppliers, ensuring a fair price is paid to sustain the local economy.

Brunehaut Blonde received a gold award at the World Beer Awards. The beer pours an attractive blonde colour, with aromas of spice and biscuit mingling with fruity ale flavours. 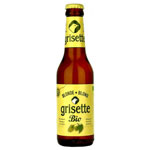 Best for: Gluten-free option
Proudly independent and family-owned since 1873, St. Feuillien Brewery has their finger on the pulse of modern beer trends with this latest release.

Grisette Blonde is bottle conditioned for additional depth of flavour and natural carbonation. Classic spicy aromas from the Belgian yeast mingle with a fruity, yet fresh flavour. 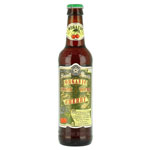 Best for: Fruit-flavoured organic beers
Samuel Smith’s have a range of four organic fruit-flavoured beers, brewed at the All Saint’s Brewpub in Stamford, Lincolnshire.

This tiny, manually operated brewery uses antique steam-brewing equipment from the 19th-century to craft the beers according to traditional techniques.

The result is a cherry-pink, fruity beer with a tart acidity.

Samuel Smith’s Organic Cherry Beer is also certified by the Vegan Society as suitable for vegans and vegetarians. 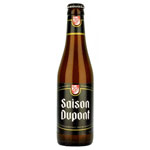 Saison is a Belgian farmhouse-style ale, originally brewed to provide refreshment for hard-working farmers and manual labourers. Hence the need for a lower alcohol beer!

Biolégère was created in 1992 to meet the growing demand for organic beer. The beer is blonde in colour, with a bready, spicy aroma and light flavour.

Dupont Biolégère Saison pairs well with light dishes. Why not take a few bottles along to your next picnic as a refreshing accompaniment to organic nibbles? 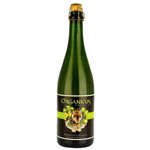 Brewed by Les 3 Fourquets brewery, a Belgian small-batch brewery based in the Ardennes region, Lupulus Organicus Tripel is certified organic. 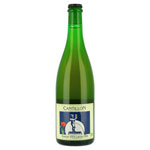 This is Cantillon brewery’s flagship beer, a blend of organically brewed 1, 2 and 3-year aged lambics. The beer is allowed to age naturally, and so each batch is slightly different.

The flavour is intense yet refined, with the sour flavours of lemon and apples, and a dry, oaky finish.

The beer will happily keep in the bottle for up to 20 years, developing ever more intriguing, complex flavours.

Let us know how you get on!

Now you have everything you need to get started with organic beer, why not add a few bottles to your next order?

We love hearing your thoughts on our selection of beers, so don’t forget to leave a review once you’ve tried them.

Have we missed your favourite organic beer? Let us know your recommendations contact us at Beers of Europe - sales@beersofeurope.co.uk