Back to all articles
Dunkertons Cider Co | Q&A
Origianlly Posted on Aug 02, 2017

Dunkertons Cider Co has been making organic cider and perry for over 35 years. They work in harmony with the environment and have been awarded Soil Association certification status for all of their ciders and perry, as well as for their orchards. Their drinks are made with pure pressed juice from organic fruit harvested in their own orchards or from the organic orchards of local farms. 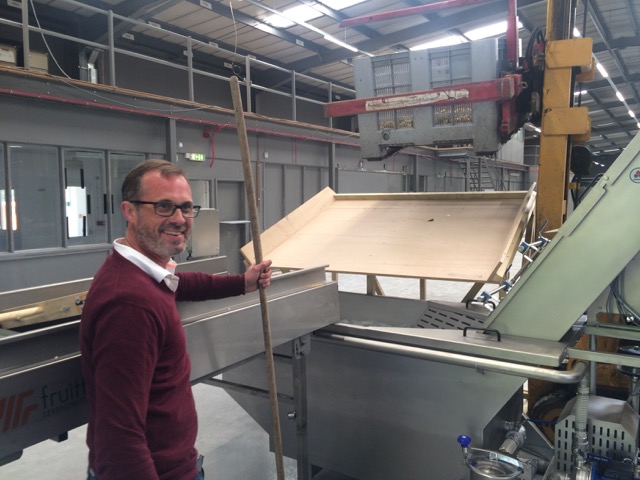 Who are you and what is your role?   Jeremy Benson, AKA Bean Benson. I’m Managing Director of the Dunkertons Cider Co.

Please introduce yourself and tell us a little about what you do    I oversee the whole business supported by a very small and committed team of 5 almost!  I predominantly look after production which Roger and John run on a daily basis and Melanie looks after the other operational parts of the business supported by Caroline and Lily. Our dear friend Robert who worked with Ivor and Susie Dunkerton back in the day helps us out from time to time on some projects. Although Dunkertons Cider has been making cider for over 35 years we are a very small team much to the surprise of many of our customers – albeit a very friendly small team!

When did your love affair with cider begin and what inspired you to pursue your line of work?   I’ve always been a big fan of cider right from when I was a student at the Royal Agricultural College now known as the RAU, in Cirencester back in the late 80’s. Of course back then it was more of the home made style donated by fellow students (probably lifted from their parent’s stores!) or the mass produced versions of cider which are still for some reason popular today!  Then in 2014 I was presented with the opportunity to take on Dunkertons Cider by Julian (Ivor and Susie’s son) who has been a friend for many years and naturally it was an offer that I couldn’t refuse. Particularly as Ivor and Susie were the first cider and perry producers in the UK to be awarded Soil Association certification as growers and producers – arguable they were the pioneers of organic cider and perry production.

What was the inspiration for starting the cidery?   Credit for starting Dunkertons Cider goes to Susie and Ivor who relocated to Herefordshire from London. At the time Dunkertons started in 1980, Herefordshire had one company that dominated cider production in the County with very few traditional cider producers despite the vast number of orchards. Ivor and Susie spotted an opportunity to make a unique organic cider whilst operating in a similar fashion to a vineyard without using harsh environmentally damaging concentrates or chemicals. I was simply offered the opportunity to continue their great work.

Are there any other breweries which have influenced or inspired you?   Being reasonably new to the cider production game I would have to say that I have found the traditional style producer community in Herefordshire really inspiring. The County has an abundance of orchards growing wonderful varieties and the other producers welcomed me into the ‘cider & perry fold’ when I joined.  I still have huge respect for all those producers making cider in the ‘farmhouse’ way using traditional varieties of apples and pears. Their knowledge and enthusiasm is to be applauded. 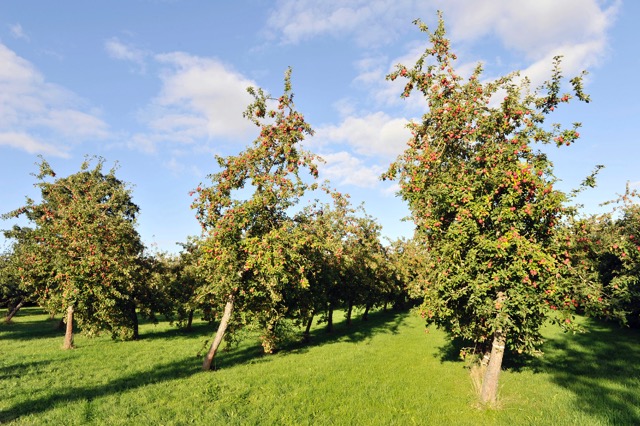 Where do you see, or hope to see, the cidery in 5 years’ time?   In 2017 we will complete the relocation of the cidery to Gloucestershire. A decision that wasn’t taken lightly however we simply ran out of space in our Pembridge location and we would not be able to service our increasing customer demand without extra vat space!
I don’t want to say too much on future plans, however our new premises will allow us to increase production capacity in all aspects. Our new onsite shop will be at the heart of a new retail hub called Dowdeswell Park which will be home to other artisanal style producers. Shop sales will be a big part of our future and will support our newly launched online shop for those customers who are too far away to visit us! I should add that we will be keeping our shop at Pembridge open on a Friday and Saturday. Rest assured that the quality of our organic cider and perry will remain true to its roots and to the principles of its founders as well as continuing to have the award-winning taste we have become known for. Our new site will have lots to offer so follow us on social media if you want to watch it all come together.

The cider market seems to be going from strength to strength. Why do you think it has become so popular in recent years?   A great product gets people excited and stirs up a passion in those who value quality food and drink. Cider and Perry has come to the fore off the back of the Craft Beer movement presenting consumers with a credible alternative in the form of craft cider. The trend of food pairing has helped to boost sales as well as the demand for drinks with strong provenance and interesting stories. Traditional Cider is an established English product and there is a pride in making quality drinks using traditional fruit varieties chosen for their unique cider and perry making characteristics that customers truly value and appreciate.

What is the hardest thing to master when learning to make cider?   There are a few tricky elements in what I do. Selecting the right fruit begins with understanding how the different varieties of apples and pears can give a quality end product.  We only ever use certified organic fruit so understanding how and why the yields produce a good harvest was a learning curve.  Particularly as from year to year the taste of a variety of apple or pear can change so much. Be it the age of the tree or the reliable UK weather the variables are vast. We have a community of growers who between them have vast knowledge so they contribute a lot to our business in terms of growing and harvesting fruit.
Once the fruit is pressed and ‘vatted’ fermentation begins. Then technical skills come into play as you learn to recognise different stages of the natural fermentation process. As we still hand blend all our ciders and perry you quickly get to know how different varieties that are all brought together for their different aromas, colour, taste, depth and body, work well (or not so well!) together to create a wonderful end product. Lots of our ciders have won awards so we have to make sure that the blending process produces an end result as close to the last blend as possible to ensure consistency. The blending is one of our USPs!

What is the best part of your job?   The best part of the job is when the noise dies down after harvesting and pressing. A lot of work goes in to get all the fruit washed, milled and pressed. And once that’s all done and the juice goes into our shining stainless steel vats for fermentation and it all goes quiet on the press, I appreciate that moment. That’s when nature takes over again and the vats are bubbling and gurgling away to each other.

What do you think makes a great cider?   The depth of flavour. Everyone is different though.  It always impresses me how much range can come from one family of fruits. But it’s the depth of flavour that is most important to me, I still want a cider to taste like an apple.  Using single varieties to make a blend. 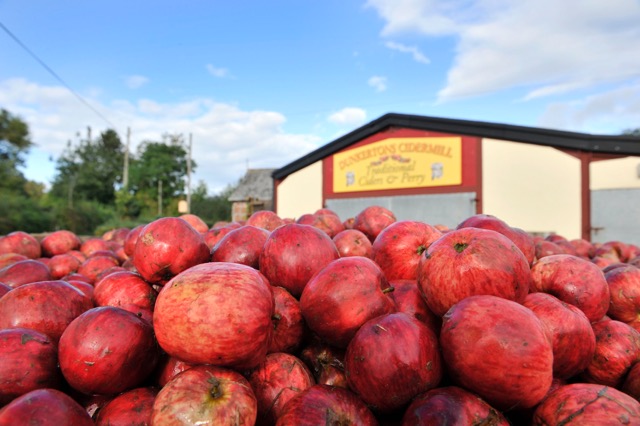 What was your first drink and where were you when you had it?   Gin, at school. Enough said!

What drink can you no longer face having had one too many?   Gin!

What is the silliest thing you’ve done whilst drunk?   Being chased by a bear in the US whilst ranching with a mate. Seemed a great idea to walk through snow laden woods until we met the bear. We lived to tell the tale though.

You are stuck on a desert island, what three things are you taking with you?    A Black Fox 20 litre bag in box and pen and paper to write my memoirs of being an organic cider and perry maker.

Thanks to Jeremy for chatting to us.