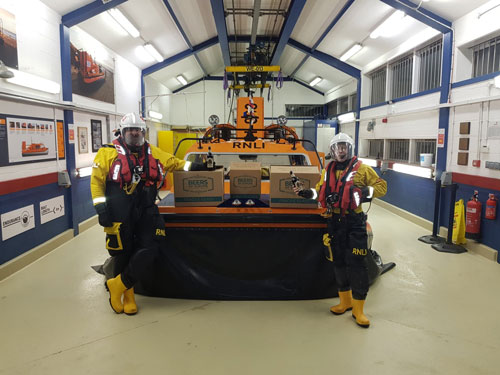 Beers of Europe are spreading the Christmas Cheer (Beer!) and have treated the crew at the Hunstanton Lifeboat station by sending a selection of Christmas Beers.

The RNLI are volunteer lifeboat crews that provide a 24-hour rescue service in the UK and Ireland, and their seasonal lifeguards look after people on busy beaches of the UK. Their Flood Rescue Team helps those affected by flooding.

The Hunstanton crew is now divided into two teams that each provide 48-hour emergency cover 365 days of the year including Christmas and New Year. 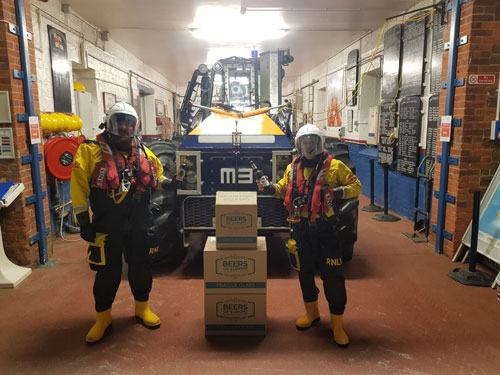 The crew from both teams A and B would like to say: “Many thanks to Beers of Europe for donating this amazing selection of fine beers to the Hunstanton Lifeboat crew that will go down very nicely during our 48hr break days over the festive period". 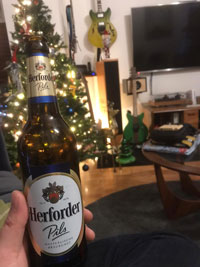 RNLI crews and lifeguards have saved over 142,700 lives since 1824, but are more than just a rescue service, they influence, supervise and educate people too.

This Christmas, RNLI lifeboat crews will be on call 24/7, ready and willing to save lives. Just as they have been throughout the health crisis. They will launch around 100 times, leaving their own loved ones at a moment’s notice to rescue someone else’s.

The health crisis has hit their charity hard, yet the lifeboat volunteers are busier than ever. The drop in their income is expected to be millions - money that would usually help give lifeboat crews everything they need. And now there's the extra cost of essential PPE like face masks and gloves.

The RNLI relies on charity to operate, if you would like to show your support please visit - https://rnli.org/support-us/give-money/give-to-a-special-appeal/christmas-appeal