10 Spooky Beers You Should Buy On Halloween

10 Spooky Beers You Should Buy On Halloween

This October, explore our range of haunting Halloween beers. Ranging from ghoulish golden ales to the deepest darkest stouts, devilish IPAs and skull-splitting Belgian ales, there’s something for everyone. Whether you’re dressing up and celebrating with friends or sheltering in the safety of your own home, mark the occasion by sipping on a spooky ale or two.

We’ve picked out 10 of our favourite Halloween beers for you to explore… if you dare! 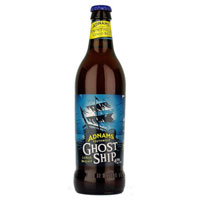 Citrus Pale Ale | 4.5% ABV | Suffolk, UK | Scare factor: 6/10
Originally launched as a limited edition Halloween beer in October 2010, Ghost Ship is now one of Adnams’ flagship ales. The brand’s ghostly story is inspired by a 600-year-old haunted pub, The Bell Inn at Walberswick, where a phantom angler is said to haunt the old smoking room. The shores of Walberswick are littered with the eerie wrecks of smuggling ships from a bygone era, their sinister carcasses poking out from the water.

A little known fact about Adnams Ghost Ship is that the recipe was adapted from a beer brewed in the 1970s, dubbed ‘Deathly Pale Ale’. A 9% ABV Pale Ale brewed to celebrate Adnams’ centenary, the original label design featured a skull and crossbones. Unfortunately, only a few bottles with the original name and branding saw the light of day before being amended to ‘Centenary Ale’. One of the original bottles can be seen on the back bar of the Red Lion in Southwold.

The hops in Adnams Ghost Ship give a zesty lemon and lime flavour, with a touch of aromatic elderflower. The citrus works nicely against the caramel malt backbone, with a slight nuttiness from the crystal rye malt.
Perfect if you’re looking for a quaffable brew with ghostly origins this Halloween. 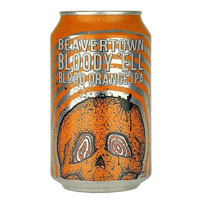 Packed full of blood orange juice, Bloody ‘Ell is warming and juicy with a pronounced citrus bite. In true Beavertown fashion, Bloody ‘Ell is chock full of flavour, yet balanced and supremely drinkable. Bloody ‘Ell started out life as a Halloween special, and the creepy pumpkin-skull on the front of the can is perfect for the scary season.

Take care not to stare into its hypnotic eyes for too long... 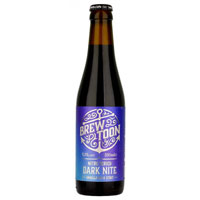 Vanilla Nitro Milk Stout | 4.3% ABV | Peterhead, Scotland | Scare factor: 1/10
If you’re looking to experience a little bit of magic this Halloween, how about Scotland’s first-ever nitro stout in a bottle? The cascade effect of a draught nitro stout is created using 70% nitrogen in the beer, for a smooth, creamy mouthfeel.

Brewtoon Dark Nite is also a great beer to take to a party and impress your friends. There’s a trick to the perfect serve: turn the bottle upside down, three times, and wait 20 seconds. Then remove the cap, and hold the bottle upside down over your serving glass. Once all the beer is in the glass, allow to settle. This allows the beer to form its thick, creamy head, and you can watch in awe as the tiny nitro bubbles cascade up through the beer. The rich malt bill brings sumptuous flavours of chocolate and coffee, perfectly paired with sweetness from the lactose and vanilla.

A beer that will envelop you with its velvety smoothness, on the darkest of nights. 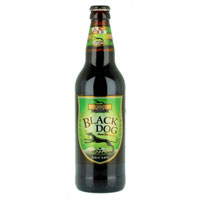 Mild Ale | 3.6% ABV | Norfolk, UK | Scare factor: 8/10
Elgoods Black Dog is named after the black dog in the family’s crest. But the fenland home of Elgoods Brewery has a legendary black dog of its own. Known locally as the ‘Black Shuck’, this huge, one-eyed black beast is rumoured to roam the fens, and has been feared as a harbinger of death since the 1700s.

Reports from nocturnal wayfarers include the feeling of hot breath on the backs of their legs and hearing an invisible dog howling, or padding along next to them as they walked. People living in houses along the roads feared nights where they were kept awake by the sounds of deathly howling from an unseen source.

Crystal and roasted malts give that characteristic Mild flavour, perfectly balanced with an earthy bitterness from the Fuggles hops.

Elgoods Black Dog is dark and brooding, perfect for Halloween. 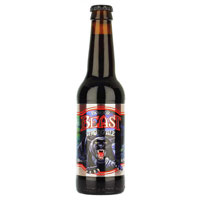 Porter | 6.6% ABV | Exmoor, UK | Scare factor: 7/10
Rumours of a huge, fierce black cat roaming wild on Exmoor began following several supposed sightings in the 1970s. It wasn’t until 1983 however that the Exmoor Beast, as it became known, reached peak notoriety.

Among many other sightings, farmer Eric Ley claimed to have lost over 100 sheep to a mysterious beast, the sheep rumoured to have died by violent injuries to the throat.

Locals theorised that the beast had its lair in the old mine workings on the moor, and some even claimed to have spotted it ‘fishing’ with its paw in a local river. Some believe that the Exmoor Beast may have been a big cat that was released from captivity following the introduction of the 1976 Dangerous Wild Animals Act.

Exmoor Brewery was inspired by tales of this fierce black cat when creating their strong, dark porter. A fierce dark ale at 6.6% ABV, Exmoor Beast tastes like the beer equivalent of an Irish coffee. Rich malt flavours of mocha, toffee, fruitcake and hints of dark rum abound in this warming, full-bodied porter.

Delve into the depths of this complex, mysterious brew… if you dare. 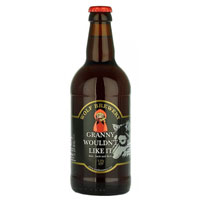 Premium Bitter | 4.8% ABV | Norfolk, UK | Scare factor: 5/10
Granny Wouldn’t Like It from Wolf Brewery in Norfolk takes its name from the popular folk story of Red Riding Hood. In most versions of the story, Little Red Riding Hood and her grandmother escape with their lives, the wolf suffering an untimely death at the hands of a passing woodsman. However, early versions of the story were somewhat more sinister.

In the original tellings of the tale, Red Riding Hood was tricked by the wolf into eating the flesh of her grandmother. The first written account of the story by French writer Charles Perrault ends in Red Riding Hood being invited into bed with the wolf-grandma, and being eaten alive. Grisly! 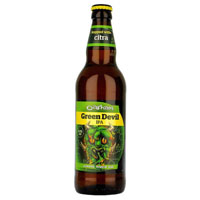 Many religions fear the temptation of satanic forces – but will you be able to resist the allure of this wickedly good IPA? 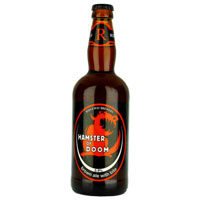 Brown Ale | 5.8% ABV | Oxfordshire, UK | Scare factor: 4/10
Ridgeway Hamster of Doom certainly looks the part, featuring a vicious-looking hamster with wild red eyes. Whether you fear a rabid hamster or not, this ‘brown ale with bite’ is a great choice for Halloween.

Hamster of Doom is a modern take on a classic brown ale. The beer retains its malty character, with an injection of classic English hops to add an extra dimension to the beer. Pouring a chestnut brown colour, Ridgeway Hamster of Doom offers up toasted aromas on the nose. The flavour of caramel and roasted malt mingles with grassy English hop flavours, drawing to a bone dry finish. 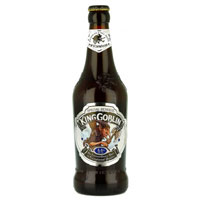 At 6.6% ABV, a nod to the number of the beast, Wychwood King Goblin is packed full of dried fruit, caramel and malt notes, with a satisfying bitter finish - a great choice for any frightful occasion.

Sample Wychwood King Goblin and dance with danger, due to its deceptive drinkability. 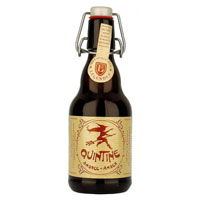 Belgian Strong Ale | 8.0% ABV | Belgium | Scare factor: 7/10
La Biere Des Collines Quintine Blonde is a Belgian Strong Ale from the village of Ellezelles in northwestern Belgium. The beer is named Quintine in the memory of Quintine DeLe Clisserie, a suspected witch, condemned to the stake with four other women in 1610. The village of Ellezelles is proud of its history and hosts a festival each June in memory of these fateful witch trials. People from across the world gather and celebrate in a spooky festival, dressed as witches and all manner of hellish characters.

La Biere Des Collines Quintine Blonde is a bewitchingly good Belgian ale, with a fruity flavour. Brewed naturally this Belgian blonde is not centrifuged, filtered or pasteurised – free from any unnecessary hubble-bubble.

A beer so good, be careful it doesn’t put a spell on you…

So there you have it – a selection of 10 spooky beers to wet your whistle this Halloween.

Thirsty for more? Check out our full range of Halloween beers for more devilish drops.