Located in Bentley, England, husband and wife Tom and Lucy are the team behind Bitter Union. Bitter Union enhances and balances the different flavours in a drink by providing an aromatic and bitter twist. Hand crafted in small batches using only natural ingredients with no added sugar.  Still somewhat unheard of away from cocktail lovers, we’ve been finding out more about bitters and Bitter Union.

Who are you and what do you do?   I’m Tom Moore, the co-founder of Bitter Union and along with my wife Lucy, we are the producers of a range of artisan aromatic bitters. We hand make all our bitters in small batches by infusing a range of different aromatic ingredients into high proof alcohol. It takes a month to make each batch as we add different ingredients at different stages to extract and mature flavour.

How did you get into this line of work?   We have been keen home brewers of beer for years and after a couple of trips to the USA and Canada, we tried our hand at making bitters after seeing how popular they were over there. Before that, we had played around with them as an addition to gin and tonics and realised how a touch of bitterness and other aromatics could really enhance a drink- almost like salt and pepper for your drink.
As craft alcohol enthusiasts, it didn’t take us long to start experimenting with flavours but we realised that in the UK that bitters were little known and really only used in cocktail bars. We also discovered how versatile bitters were and how they complemented most drinks by uniting and enhancing the flavours in it, so the idea for Bitter Union was born. We wanted people to rethink their drink by experimenting with a few dashes of bitters.

What was the inspiration for starting the distillery?   We discovered that there weren’t any brands that helped customers understand the product and how to use it. The few other bitters that were available were really geared to mixologists and not always that versatile. We wanted to create something accessible and adaptable as we discovered that most drinks are better with bitters!
We also saw that most other bitters were sugar based, contained artificial colourings and flavourings and that there was an opportunity to create an accessible and versatile range of bitters made from entirely natural ingredients. We wanted Bitter Union to fill this gap in the market and bring the customer a spirit that helped them improve their favourite drinks in an easy and natural way.
Bitter Union is based on the idea that bitters should unite all the flavours in your drink and add a natural aromatic and bitter twist. 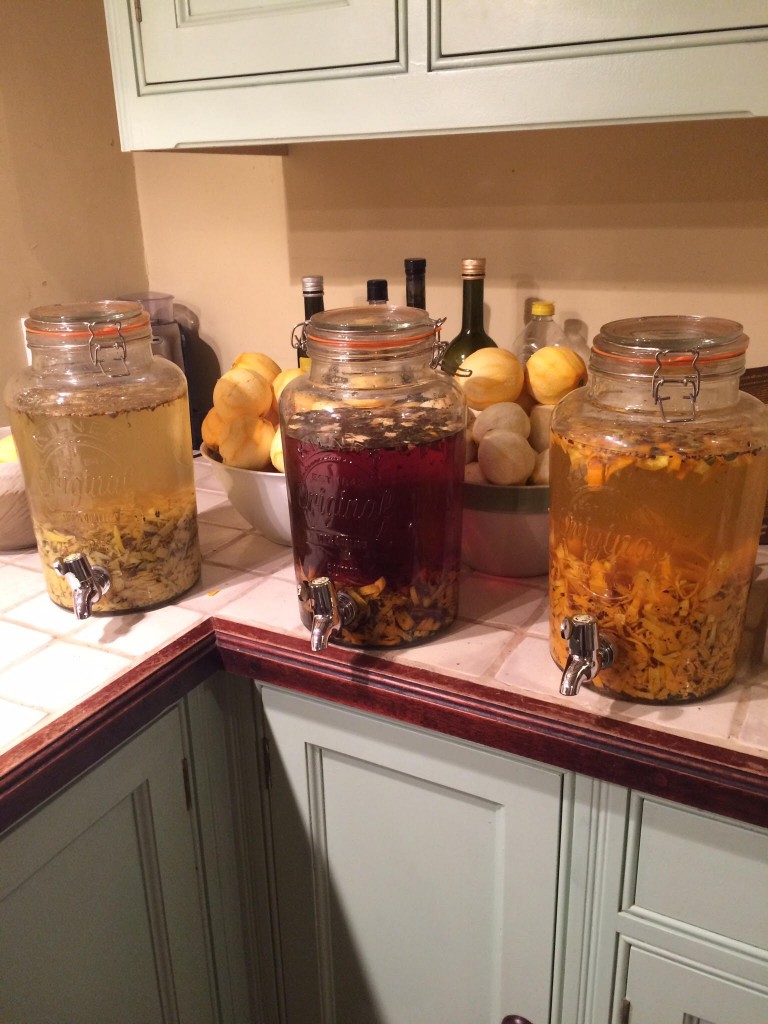 Are there any other distilleries which have inspired and influenced you?   We really liked Sacred, the North London distillery, for their focus on the individual botanicals and the transformative impact they have in the drink. We played around with countless individual botanicals, mixing them in tiny amounts, to finally come up with the right blend of flavours that enhance other drinks without over powering them or masking their own flavours.

Where do you see, or hope to see, the distillery in 5 years time?   Hopefully, we will have led the market in realising how a few dashes of aromatic bitters improves drinks and with that we are seen as the quality, artisanal brand that developed that change in thinking.

What is the hardest thing to master when learning to make bitters?   We use over 15 botanicals in our bitters and getting them all to work together is like conducting an orchestra. They all have a part to play but you don’t want any one overpowering the flavour and the final drink that you mix it with. The beauty of making things in small batches is that every small batch is checked and tasted and adjusted if necessary. 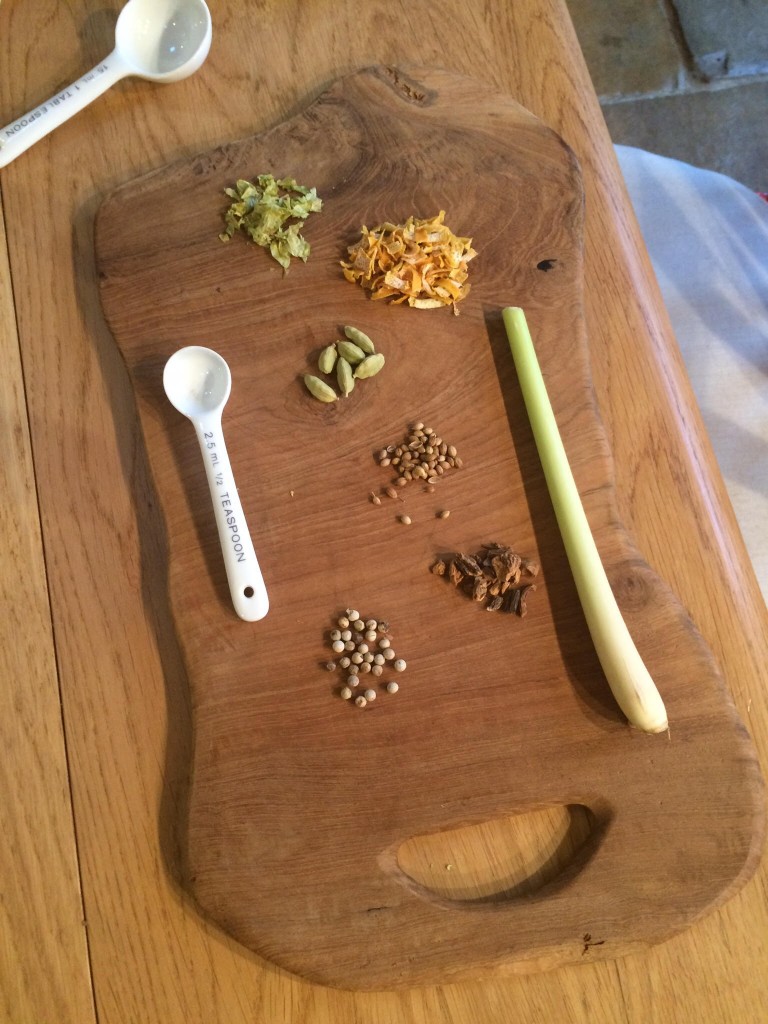 What is the best part of your job?   Making someone’s favourite drink that bit better with our bitters!

What do you think makes a great bitter?   A great bitter balances the flavours already in a drink. If a drink is too sweet or sour a touch of bitterness can bring that into check whilst giving an extra taste dimension to the palate. 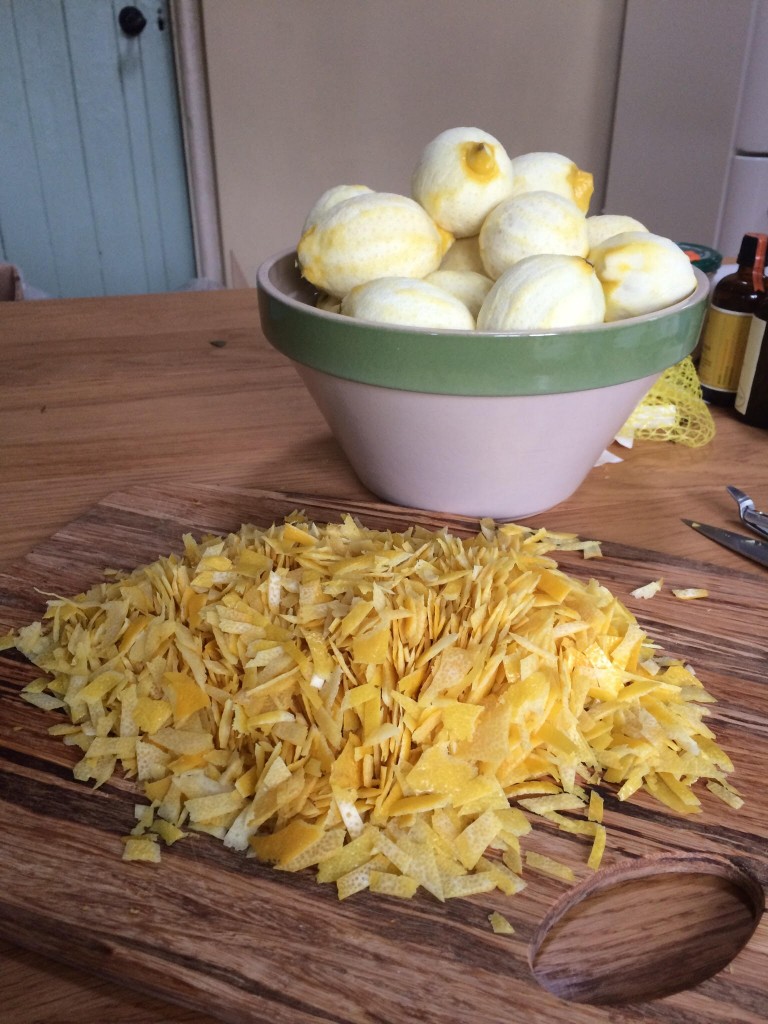 What was your first drink and where were you when you had it?   The first drinks that I had with bitters were when I ran a charity cocktail bar at events at university. We were by no means mixologists but we saw how a dash of Angostura was a magic ingredient when you’re an inexperienced cocktail maker!

What drink can you no longer face having had one too many?   Baileys. That sickly, sweet and creamy drink was extremely drinkable as a 15 year old as a step on from soft drinks but one too many has meant that I have never been able to stomach it since!

What is the silliest thing you’ve done whilst drunk?   The beauty of having maybe a few too many drinks is that you don’t always remember what you did (or why!). Thanks to some more sober friends I have now found out that the things I find funny when under the influence aren’t that funny in the cold light of a hangover… such as turning off the sound system in a club, “appropriating” a band member’s trumpet at a Oktoberfest bash or commandeering a whole wheel of cheese to jam in your pocket for a midnight snack at a black tie event.

You are stuck on a desert island, what three things are you taking with you?   Amazon prime, a solar battery and a satellite phone.

Thanks to Tom for chatting with us!

Browse and purchase the Bitter Union range of bitters.