Brewery Of The Month May - St Bernardus ABT 12, Belgium Beer

St Bernardus ABT 12 is widely regarded as one of the best Belgian beers around, but the story behind it stems from French monks, who fled taxes in Mont Des Cats, France to continue making cheese in Watou, Belgium in the early 1900s. Thirty years later, the French relaxed taxes on religious communities, so the monks moved back to France and the dairy was taken over by Evariste Deconinck, who began producing two types of cheese; Port Salut de Watou and St Bernard Watou, the latter of which would lend its name to the beer it would later produce. 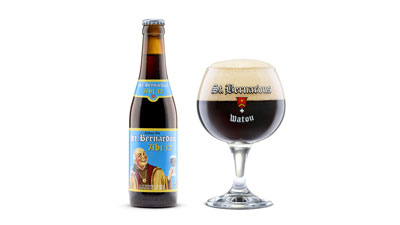 After the Second World War, Deconinck was approached by Trappist monks at Westvleteren to brew and market for them under license. Deconinck brought in Polish brewmaster, Mathieu Szafranski, to brew two recipes using his now famous yeast strain at a newly built brewery next to the dairy. The agreement between Westvleteren and Deconinck ran out in 1992, after the Trappist Breweries agreed the beer had to be brewed on abbey grounds, rather than under license elsewhere, so production moved back to Westvleteren’s Saint Sixtus Abbey. From 1992 the brewery was rebranded as St Bernardus, and after a period of uncertainty, has gone from strength to strength, expanding in 2018 to add a bar, shop and brewery tours to the site. 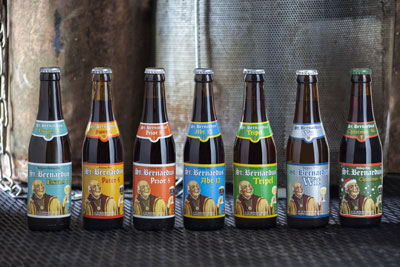 ABT 12 is still brewed to its original 1946 recipe, using the original yeast strain from its days at Westvleteren. The style of the beer is a Quadruple, which is a dark strong Belgian style.

The ABV (alcohol by volume) reflects that, at 10% and it has an ideal pouring temperature of 8-12°C. It is described by the brewery as having a fruity aroma, and has a long lasting off-white head. There are flavours of chocolate, roasted malts, caramel and dried fruits, as well as the alcohol. It can be paired with rich beef dishes, blue cheese or chocolate desserts.

by Matthew Keely-Smith - Beers of Europe

ABT 12 is available with the rest of the St Bernardus range from Beers of Europe, online and in-store. 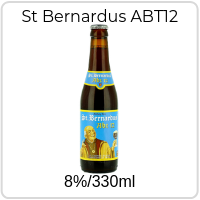