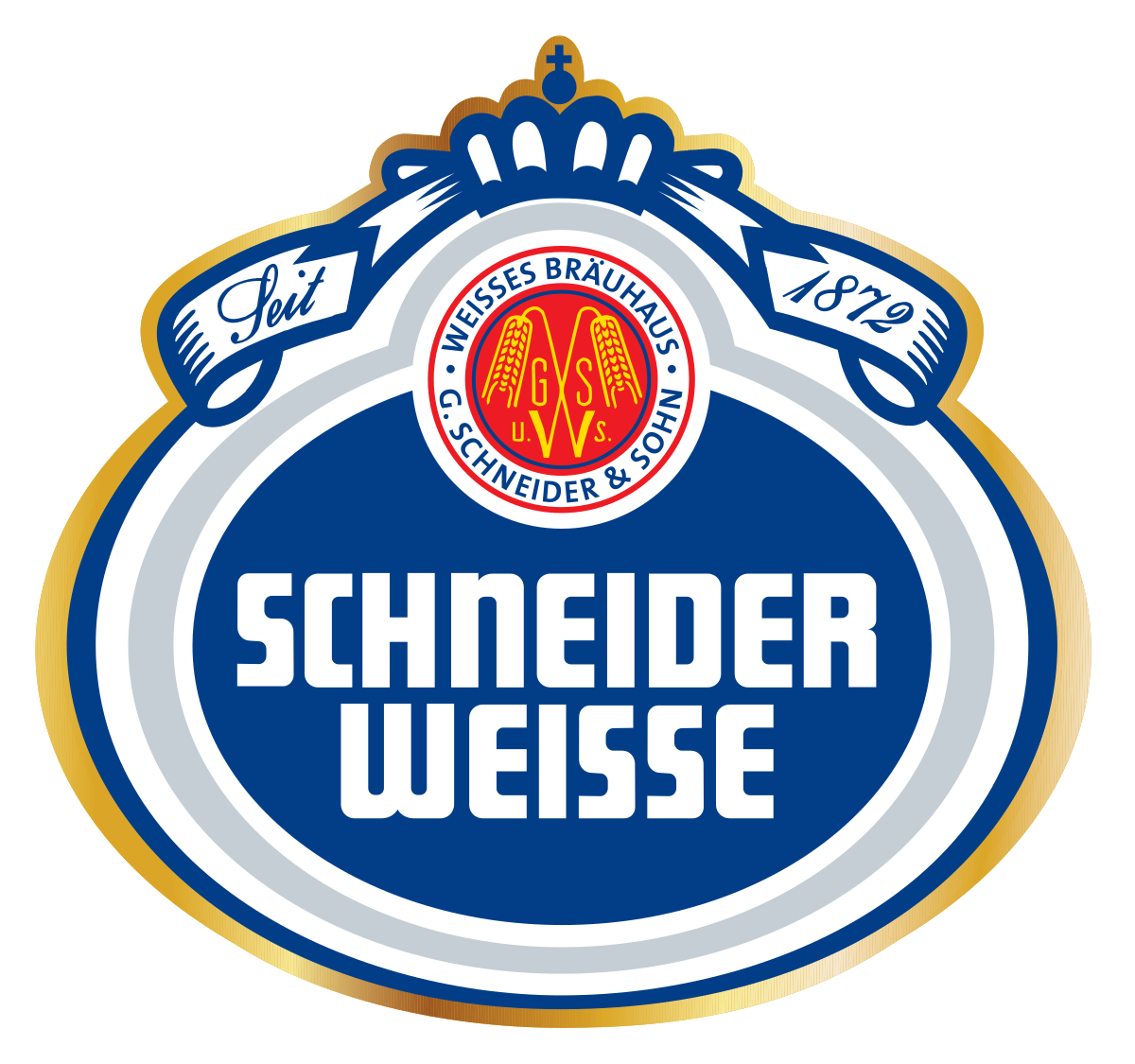 The story of Schneider Weisse begins with Bavarian wheat beer sales in steep decline. Thanks to the rising popularity of lager and bottom-fermented beer, wheat beer was going out of fashion. Undeterred, Georg Schneider founded Schneider Weisse Brewery in Munich in 1872. Before Georg, wheat beer brewing was the preserve of the elite - he was the first ‘commoner’ to be granted a license to brew wheat beer in Bavaria. 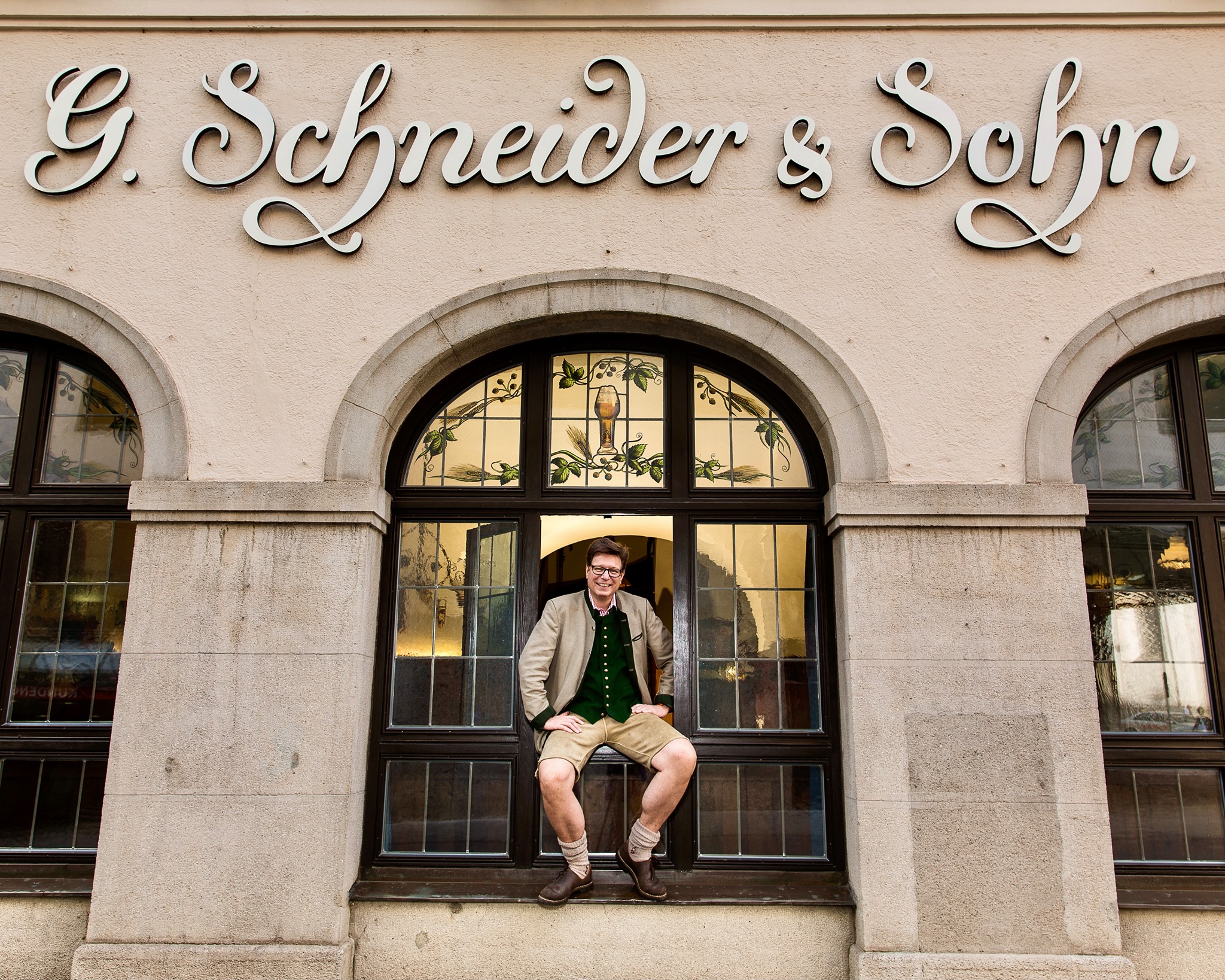 Already, a picture begins to emerge of an innovative, forward-thinking family – a theme that runs throughout Schneider Weisse brewing history. Under the stewardship of Georg Schneider III, the crossed wheat ears that form the Schneider Weisse’s logo were the world’s first registered wheat beer brand, filed in the Munich patent office at the turn of the 20th century.

Following the untimely death of George III at 35 years old, the brewery fell to his son – George IV, then aged just six years old. His widow, Mathilde, took over as acting director of the brewery in 1905, and under her clandestine management, Schneider Weisse became the biggest wheat beer brewery in Bavaria.

She also oversaw the development of a brand new style of wheat beer – the Weizen Bock. Named after a Bavarian historiographer, Aventinus Weizen Bock was introduced in 1907. A strong, dark wheat beer, it was the first of its kind and a testament to the enduring innovative spirit of the Schneider family. Today, it’s renowned as a shining example of its style, and still enjoyed by beer fans worldwide.

A new home in the birthplace of Bavarian wheat beer

With the original Schneider Weisse brewery in Munich reduced to rubble following the Second World War, Georg Schneider IV decided to rebuild the business at Weisses Bräuhaus in Kelheim. 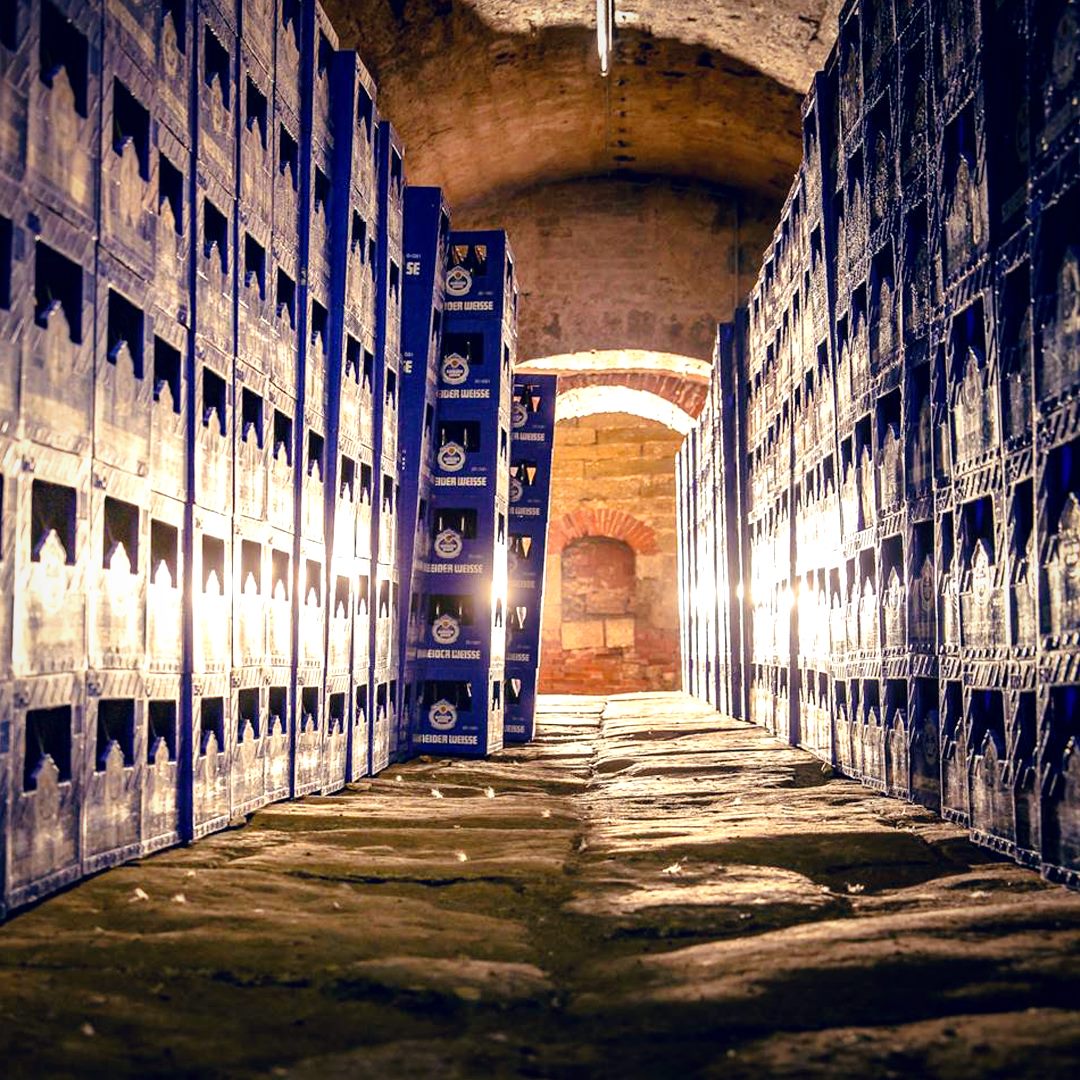 Weisses Bräuhaus is Bavaria’s oldest wheat beer brewery, built in 1607, and was bought by the Schneider family in 1927. With so much damage to the original Schneider Weisse brewery in the heart of Munich, Georg IV felt that it would be easier to move the operation to the relatively intact brewery in Kelheim, and rebuild from there.

Made in Bavaria from Bavarian ingredients

An enduring culture of quality over quantity is evident when you taste Schneider Weisse beers. Their proud commitment to the German Purity Law, or Reinheitsgebot, ensures they use only water, yeast, malt and hops in all their brews. 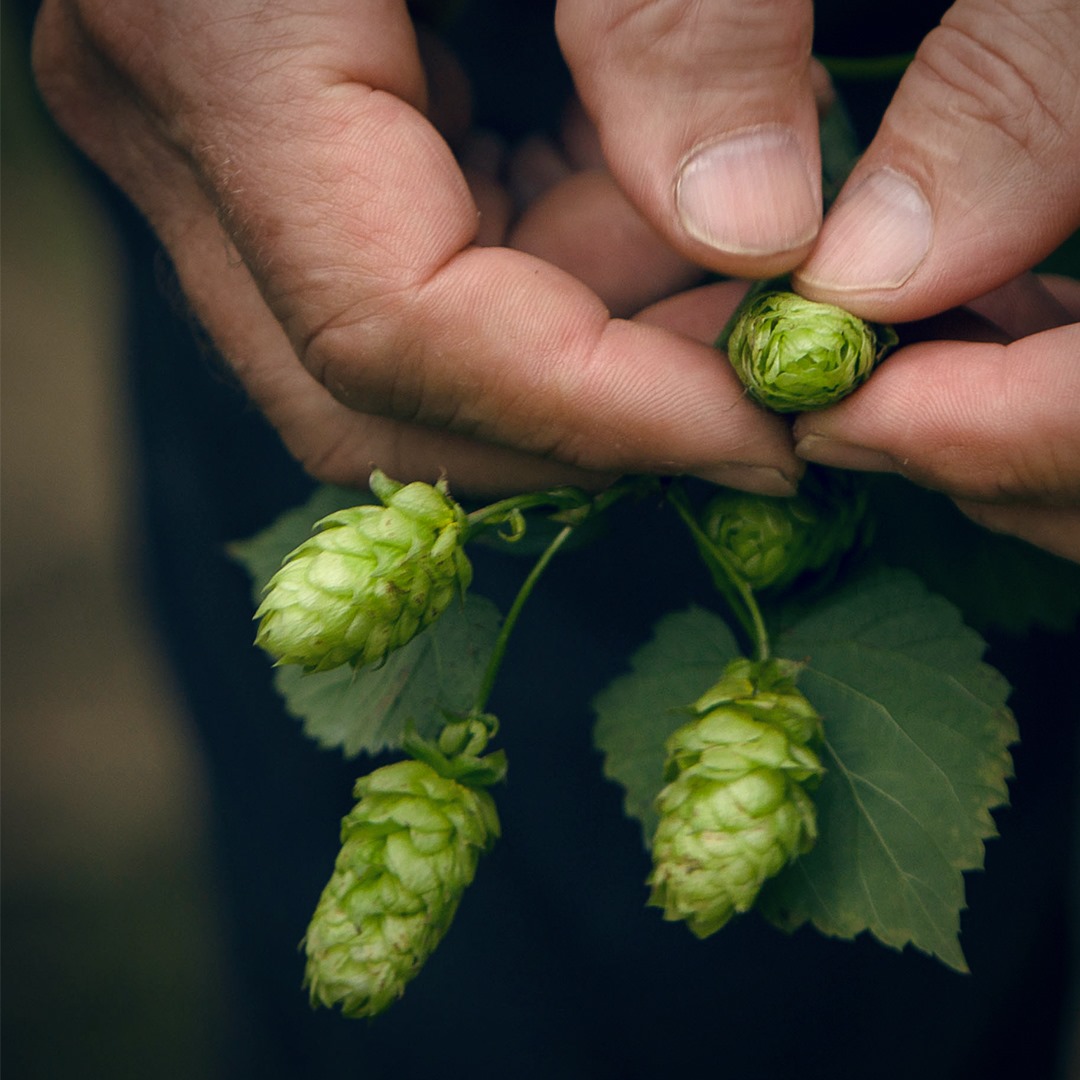 Schneider Weisse brewers also have strong relationships with local farmers stretching back generations. Almost all raw materials for their beers come from the local Hallertau region, the uplands of Franconian ‘Jura’ and the area near Munich called ‘Straubinger Gauboden’. This commitment to Bavarian ingredients for Bavarian beer is all part of Schneider Weisse’s single-minded passion for their Bavarian wheat beer.

Hand-crafted for quality and flavour

Taking the finest Bavarian ingredients, Schneider Weisse brewers then ferment in traditional open-top vessels. These vessels allow the yeast to breathe and impart soft, multi-faceted flavours into the beer. The beer is hand-skimmed by the brewers to remove the ‘Kräuse’' - a foam that forms on top of the beer during fermentation. This labour intensive but important process removes the prickly, bitter hop resins from the beer.

After fermentation, the beer goes straight into the bottle with a little yeast. No filtration, pasteurising or heating occurs – ensuring none of that carefully cultivated flavour is lost from tank to bottle. The bottle fermentation process creates natural carbonation and allows the flavour the further develop and mellow.

An eclectic range of wheat beers 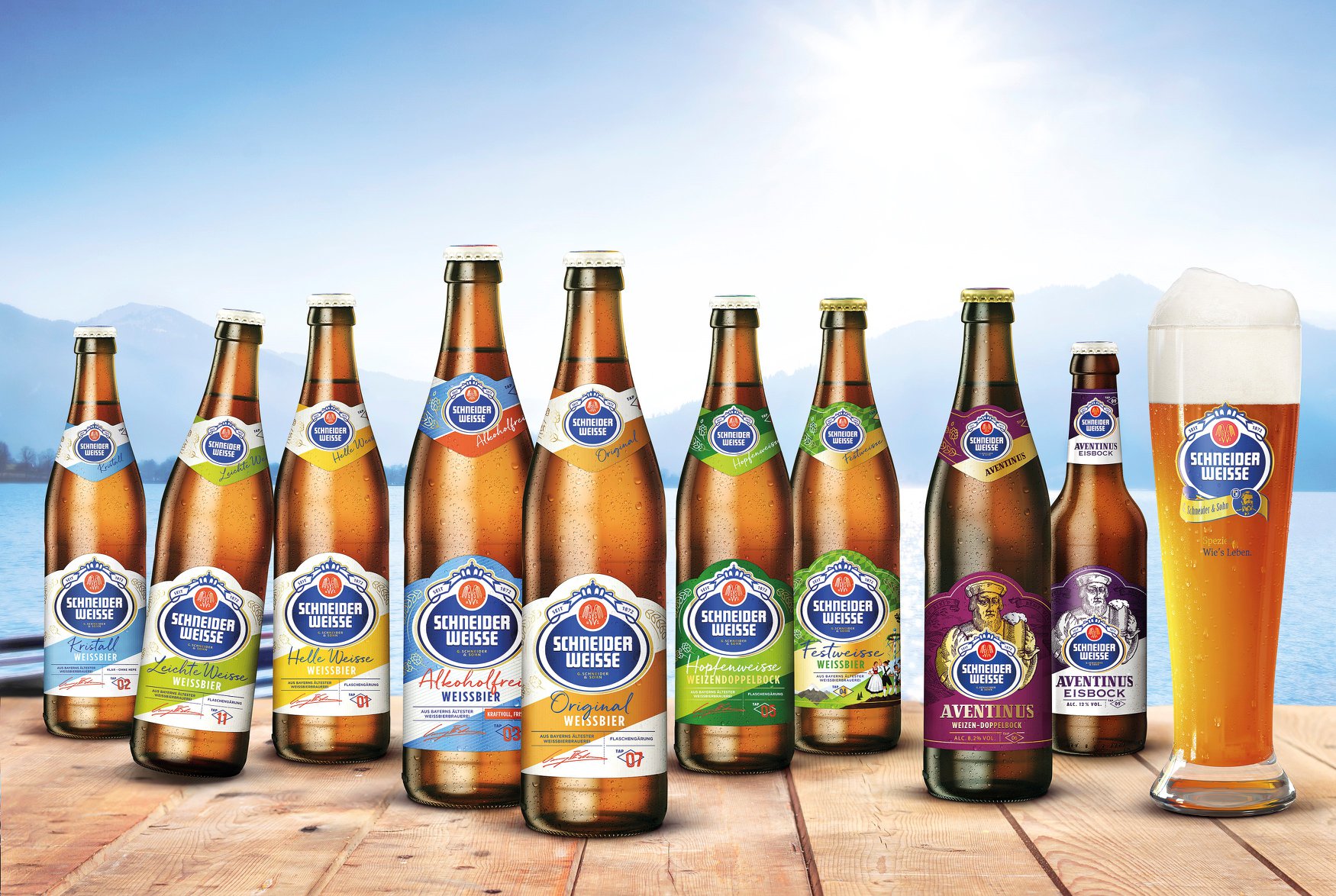 A legacy of innovation, focus on quality and dedication to the best German wheat beer possible culminates in eight eclectic weissbiers, each with its signature character. Find the Schneider Weisse for you, or buy one of each to find your favourite! Learn more about each beer below to whet your whistle! 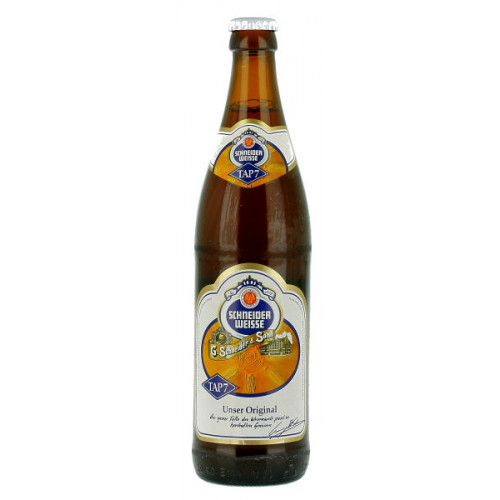 Brewed according to Georg Schneider’s original recipe from 1872, Schneider Weisse’s flagship wheat beer is the perfect place to start. Well-rounded and uber-drinkable, this smooth, fruity Hefeweizen is a full-bodied, refreshing reward at the end of a long day. 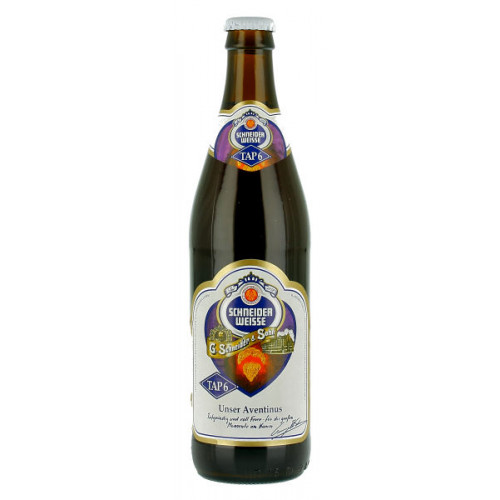 The world’s first Weizen Bock, Tap 6 Aventinus is revered throughout the craft beer world. This ruby-brown, 8.2% ABV beer is bursting with complex caramel and dark fruit flavours, with a spicy chocolate aroma. Treat yourself as an aperitif or pair with blue cheese, roasted meat or game to bring out Aventinus’ full depth of flavour. 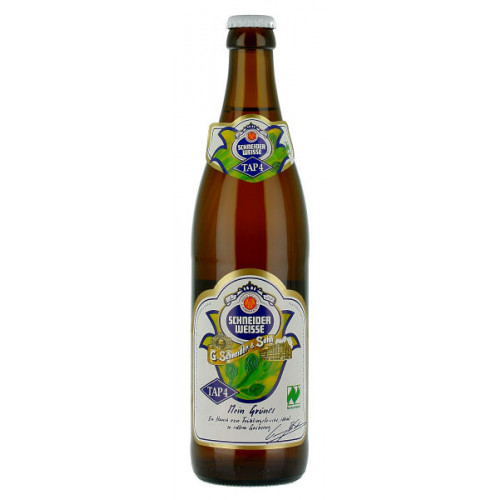 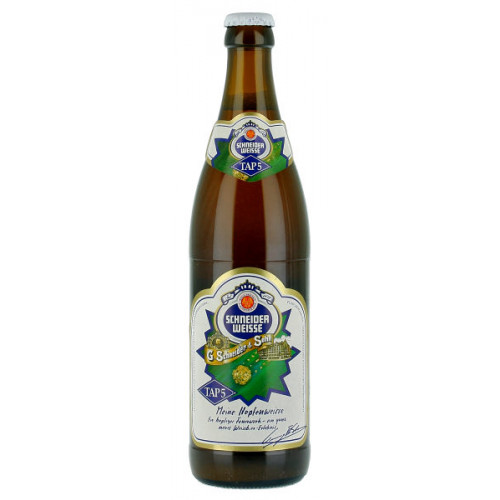 A wheat beer unlike any other, Hopfenweisse was developed in collaboration with New York’s Brooklyn Brewery. This self-confessed ‘hop-bomb’ is packed full of Hallertauer Tradition and Saphir hops for an aromatic, bitter Weisse that pushes the boundaries of the style. The malt is dialled up to balance the hops, for an intense yet well-rounded brew that pairs brilliantly with spicy food. 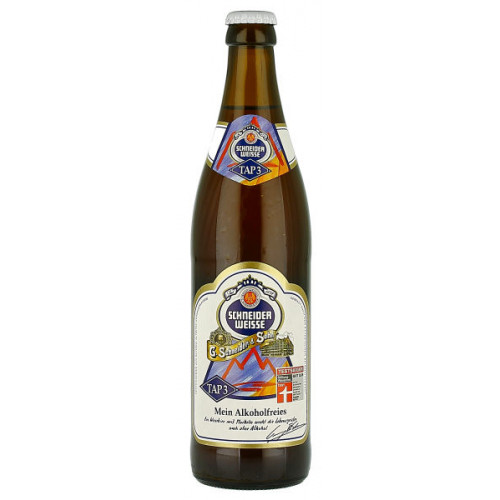 With delicate caramel and banana notes, Alkoholfreis offers the wheat beer connoisseur a chance to enjoy the flavour of Schneider Weisse original, without the alcohol. Perfect for a thirst-quencher between drinks, or if you’re cutting down on drinking or watching your calorie intake. 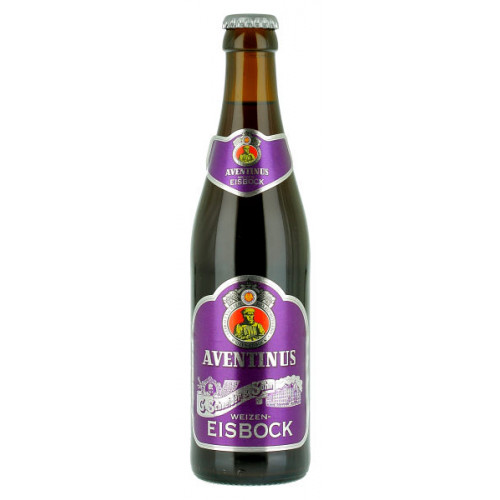 Initially created by chance when a batch of Aventinus froze during transport around Bavaria in the 1940s. Aventinus Eisbock is now made intentionally by freezing some of the water out of the beer. The result is an intense weissbier with concentrated flavours of plum, banana and hints of sweet marzipan. Enjoy with dark chocolate, tiramisu or as the perfect partner for ripe cheese. 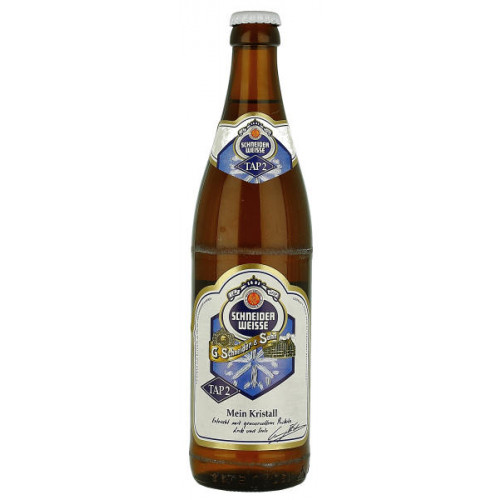 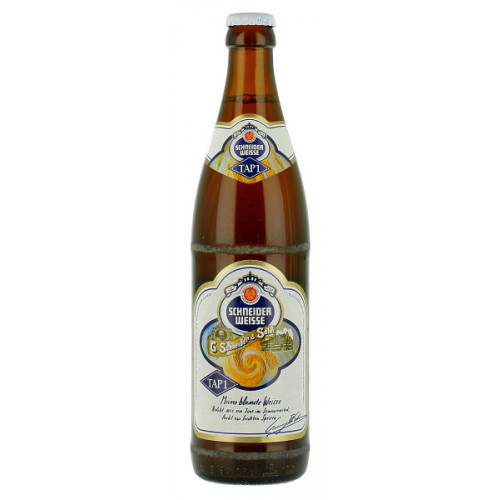 A bright, mild Hefeweizen at 4.9% ABV, Helle Weisse is perfect for summer. Pouring a bright gold, this fresh take on Schneider Weisse original is light, easy-drinking and fruity.

Which one will you try first?

Schneider Weisse’s enduring spirit of innovation and dedication to brewing quality with the finest Bavarian ingredients has earned them a well-deserved reputation as one of Germany’s top wheat beer breweries. Rooted in tradition but with a progressive spirit, their eclectic collection of wheat beers has something for every palette.

Wondering where to buy Schneider Weisse beer in the UK? At Beers of Europe, we stock all eight varieties with free delivery on orders over £60 – choose from the full range here.