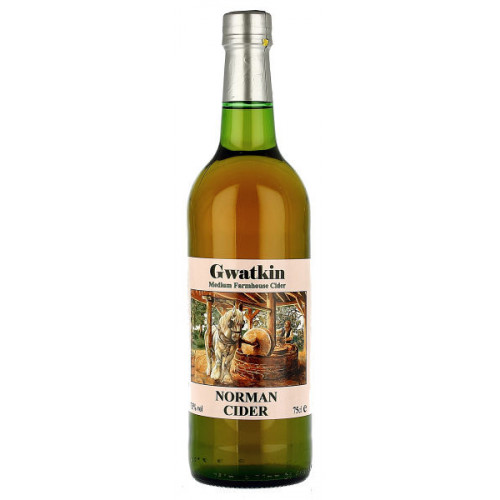 The Norman Cider apple, as the name suggests, was imported from Normandy in France. There are half a dozen varieties of the same name, which vary in size and shape, but many of them share the same flavour. The trees are commonly found in Herefordshire and the bordering counties, as well as in the South of England. The apple is popular with traditional cider makers because the juice ferments quickly, producing pleasant, medium cider.