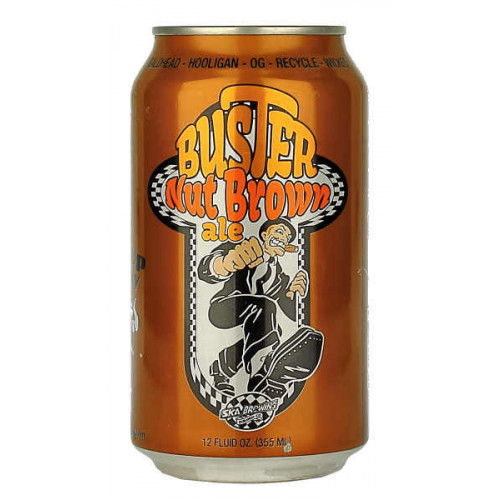 Share
Reviews Rating
(0)
Product Information
Country:
Producer:
Style:
Sub Style:
Container:
ABV:
Bottle Size:
Back in 2002, a funky little Colorado brew-pub, Oskar Blues, started canning their hugely hopped pale ale in a can. In the years that followed, they opened breweries located in Brevard, North Carolina and Austin, Texas, all of which continue today.Oskar Blues beers are canned, allowing their beers to stay fresher for long, eliminating the damaging effects of light and ingressed oxygen, whilst being easily portable and recyclable.

Buster Nut Brown Ale has a touch of nuttiness provided by Victory and Munich malts. The addition of Northern Brewer, Cascade and Willamette hops smooth the beer out to create an incredible drinkable brown ale.Flavours of roast, toast, chocolate, spice and earthy hops come together with the touch of bitterness stopping this brown ale from becoming overly sweet.